By now Google’s next entry into the Pixel lineup is no secret. And it won’t be long before Google officially reveals the device to the public. Yesterday Google began teasing an announcement for Monday.

While it didn’t specifically mention the Pixel 4a, the tease made it pretty obvious. Today, Evan Blass posted another leak of the Pixel 4a which could be the last one before Monday’s reveal of the phone.

It’s not anything that hasn’t been seen before. But it still gives a pretty good look at the phone.

If you’ve yet to see a nice closeup shot of the Pixel 4a from the front, then this image shouldn’t disappoint.

That being said this isn’t the first time a leaked image has popped up showing off the display. In fact the phone has surfaced in a leaked video before showing some hands-on stuff earlier this year.

The difference here though is that this is a static image. So you can sort of see the display and front features a little bit better as it’s not being moved around.

Just like in Google’s official Pixel 4a Billboard, obvious design elements are in full view. Such as the punch hole camera in the top left corner. Other details can be picked up on too. Like the internal name Google used for the device.

The Pixel 4a is definitely Sunfish

This isn’t new information either really. As Sunfish has been leaked and thought to be the internal codename for the Pixel 4a for literally months. As early as late last year even.

But if anything, this image further reiterates that fact. Sunfish can be seen in the top left corner of the image. There’s also a few specs details like the Qualcomm Snapdragon 730 mobile platform powering the phone.

It also comes with 6GB of RAM, 64GB of internal storage, and a 12-megapixcel rear camera as well as an 8-megapixel front camera. The most important detail though is the battery life. Which shows a battery capacity of 3140mAh.

One of the biggest pain points about Pixel phones for many users is the battery life. With complaints that it just doesn’t last long enough. Hopefully with a battery capacity like shown here, that changes.

Apple removes 30,000 apps from China App Store to comply with regulations for paid games
Pixel 5a Appears Alongside 4a 5G, As Google Winds Down On Pixel 2 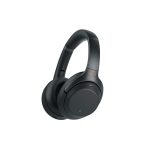 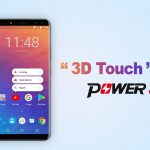 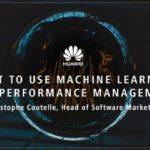