An FCC filing earlier this month revealed that Samsung has a new stylus called S Pen Pro in the pipeline. The device is expected to launch alongside the Galaxy Z Fold 3 (which supports S Pen) and a bunch of other Galaxy devices in a couple of weeks from now. Ahead of that, a fresh leak has revealed some of its specifications.

The S Pen Pro features a 0.7mm tip, claims a tipster identified as Chun (@chunvn8888) on Twitter (via SamMobile). However, it is still safe to use on the Galaxy Z Fold 3’s screen, which is understandably quite prone to scratches. Samsung is offering a pressure sensitivity of 4,096, the same level since the big S Pen upgrade with the Galaxy Note 7 in 2016.

The upcoming stylus will feature a USB Type-C port for charging. You might have guessed by now that the S Pen Pro will come as an optional accessory from Samsung, so users of S Pen compatible devices such as the Galaxy S21 Ultra and the upcoming foldable can purchase it. Neither of these devices features a built-in silo to store the stylus though. But Samsung has a solution for that too: a silo on the case.

The new leak also suggests that the Korean firm will offer specialized cases that will magnetically attach the S Pen Pro at the back of the devices. Probably something similar to the Galaxy Tab S7 lineup, though these tablets have built-in grooves on their back.

In terms of pricing, the S Pen Pro will reportedly cost around £70 (nearly $100) at launch in the UK. That pricing is likely for the stylus only, without those specialized cases. The standard S Pen currently costs $29.99, so that’s quite expensive. But it still undercuts Apple’s second-gen Apple Pencil that currently costs $119.

The S Pen Pro has been coming since early this year

Samsung introduced S Pen support to its Galaxy S lineup with the Galaxy S21 Ultra in January this year. But that S Pen was pretty barebones in terms of functionality as compared to what we used to get with the Galaxy Note devices. It lacked Bluetooth Low Energy (BLE) connectivity, meaning there was no Air Actions support.

Put it another way, the S Pen sold alongside the Galaxy S21 Ultra wasn’t much more than a drawing and handwriting tool. To that end, the company did promise to launch a more powerful stylus called S Pen Pro later in the year. And it’s seemingly almost here.

Samsung recently confirmed that its next foldable Galaxy device, i.e. the Galaxy Z Fold 3, will feature S Pen support. The company said it has created a special S Pen for the upcoming Fold. It now remains to be seen whether that special S Pen is the S Pen Pro or there’s one more in the pipeline.

It’s not a very long wait now before things go official. Samsung’s next Galaxy Unpacked event will take place on August 11th. Along with the Galaxy Z Fold 3 and the new stylus (or two of them?), the event will also see the Galaxy Z Flip 3, Galaxy Watch 4, Watch 4 Classic, and the Galaxy Buds 2 break cover. Stay tuned as we will be covering all the happenings at the event here.

S Pen Pro:
0.7 mm tip
4096 pressure points
Can be used with Z Fold3 without damaging the screen
Charges via USB C
Attaches magnetically with a few cases at the back of phones
Price around 70 bucks in the UK? https://t.co/qed83EZ936 pic.twitter.com/IKLzXqA0KZ 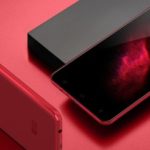 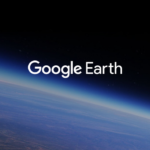 The new version of Google Earth as the palm