History Of The LG G Series 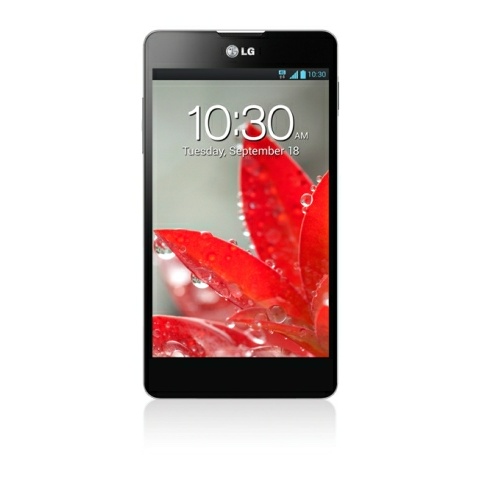 LG’s flagship “G series” of devices has been around since 2012, when the company introduced the LG Optimus G. That is the only G series smartphone that had the “Optimus” branding, with the LG G2, that branding was gone. LG’s flagship smartphones have changed quite a bit over the years, and in this article, we will take you down the memory lane, as we will basically overview the whole LG G series.

LG’s flagship series of smartphones changed quite a bit over the years, which was to be expected, as it has been seven years since the very first handset in the series made an appearance. The phones not only go considerably larger, but the design changed considerably, as bezels got thinner, phones got narrower, and so on. In this article, you will get a good idea what happened over time, and be able to access some additional information regarding every phone as well. It is also worth noting that this update will be updated as new G series smartphones get announced.

The LG Optimus G was the very first “G series” smartphone, and it was announced back in August 2012. This device was quite a bit different than phones LG released up to that point, and it managed to create a lot of positive press for the company. The LG Optimus G basically succeeded the Optimus 4X HD, and thus ushered in a new era for LG’s high-end smartphones, and presented the G series of phones to the world. The LG Optimus G featured a single camera on the back, while it sported capacitive buttons, and a rear-facing loudspeaker.

The LG Optimus G was fueled by the Snapdragon S4 Pro quad-core processor, and it shipped with 2GB of RAM and 32GB of storage. The phone included a 4.7-inch HD display, and a 2,100mAh battery, which was not removable. Depending on the market, the Optimus G included either 13 or 8-megapixel camera on the back, while it shipped with Android 4.1.2 Jelly Bean out of the box, but it got updated to Android 4.4.2 KitKat. LG managed to sell 1 million Optimus G units in Korea, Japan, Canada, and the US four months after its release.

The LG G2 was introduced in September 2013, and was the very first G series smartphone not to carry the Optimus branding, and the first one to use on-screen buttons, LG actually managed to shave off quite a bit of bezel on the device, which made it looks really appealing back in the day. The phone also used a high fidelity sound system, which was quite advanced at the time, and it sported rear-facing physical keys. That was a trend that LG kept on its smartphones for several generations, though it did not get widely adopted.

The LG G2 shipped with Android 4.2.2 Jelly Bean, and the last official update that it received was Android 5.0.2 Lollipop. The phone featured a 5.2-inch fullHD display, 2GB of RAM and 16GB / 32GB of non-expandable storage. The device was fueled by the Snapdragon 800 quad-core processor, and it included a 3,000mAh non-removable battery. A single 13-megapixel camera was placed on the back of this phone, and the device was made out of plastic. The LG G2 sales actually exceeded LG’s estimates, as the company sold over 3 million units by late December 2013.

The LG G3 was basically a refined LG G2 in terms of the design, the phone was announced in May 2014. The phone came with even thinner bezels, but it was still made out of plastic. On-screen buttons made a comeback on this device, as did rear-facing physical buttons. The phone’s bottom bezel was thicker than its top bezel, and its back was curved quite a bit, for easier grip. LG was also the first major smartphone OEM to utilize a QHD display, and the G3 was the phone that sported it.

The LG G3 came with Android 4.2.2 KitKat, while the last update it received was Android 6.0 Marshmallow. The phone featured a 5.5-inch QHD display, 2GB / 3GB of RAM and 16GB / 32GB of expandable storage. The phone also offered 24-bit/192kHz audio, Dolby audio enhancements, and it included a 3,000mAh removable battery. A 13-megapixel camera was included on the back of this phone, while LG managed to sell 10 million G3 units in 11 months of its availability.

The LG G4 was the last G series device to include all physical keys on its back. This handset resembled the G3 quite a bit, but it sported sharper corners. The phone was unveiled on April 28 in 2015, and it was not as well accepted as the LG G3, at least based on initial reactions. LG actually released several different variants of the device, and each of them included different backplate, as the phone’s backplate is removable. The LG G4 was available with a leather backplate, amongst others.

Android 5.1.1 Lollipop came installed on the device, while the phone eventually got updated to Android 7.0 Nougat, which was its last official Android update. The phone was fueled by the Snapdragon 808 hexa-core processor, while it included 3GB of RAM and 32GB of internal storage (expandable). A single 16-megapixel camera was implemented on the phone’s back, while an 8-megapixel camera was placed on its front side. The phone featured a removable 3,000mAh battery.

The LG G5 was the company’s attempt to create a somewhat modular smartphone, though the phone was not well accepted. The phone was announced in February 2016, and it offered a removable battery, but the mechanism was rather odd, you needed to remove the phone’s “chin” in order to pull out the battery. That part of the phone could have been replaced by add-on modules which provide additional functions, such as the camera grip or high-fidelity audio module. This phone’s power / lock key was located on the back of the device, but its volume rocker keys were placed on the left. The LG G5 was also the first G series smartphone to sport a fingerprint scanner.

The LG G5 was made out of aluminum, and it featured a 5.3-inch QHD display. The phone included 4GB of RAM and 32GB of expandable storage, while it was fueled by the Snapdragon 820 quad-core processor. A 2,800mAh battery was also a part of this package, as was 24-bit/192kHz audio. The phone shipped with Android 6.0.1 Marshmallow, but it got updated to Android 8.0 Oreo, eventually. The phone’s sales were underwhelming, and thus LG was forced to make considerable changes with the LG G6.

The LG G6 was the first G series smartphone in whose design LG combined metal and glass, and it was announced in February 2017. The phone included considerably thinner bezels than the LG G5, and was a completely different product, it looked quite premium and it looked like an improvement in the design department. The phone shipped with a 2:1 display aspect ratio (aka 18:9), and was the first G series phone to sport such a display aspect ratio. That allowed LG to cram in a 5.7-inch display, while keeping the phone quite narrow.

The LG G6 shipped with Android 7.0 Nougat, while it eventually received Android 8.0 Oreo update. The phone was fueled by the Snapdragon 821 quad-core processor, which is something that probably affected its sales, as other manufacturers were introducing Snapdragon 845-powered devices at the time. The phone included 4GB of RAM and was available in several storage variants (expandable storage). The LG G6 was the first G series smartphone to include two cameras on the back, it sported two 13-megapixel cameras.

READ  How To Use Overview Mode & Switch Apps Quickly On Chromebooks

The LG G7 ThinQ was the first G series smartphone to include LG’s “ThinQ” branding which stands for LG’s artificial intelligence addition to the phone. This handset was also the company’s first G series phone to include a display notch, and it was unveiled in May 2018. The phone offers really thin bezels all around, while it sports a rear-facing fingerprint scanner, and a dual camera setup right above it.

Android 8.0 Oreo came pre-installed on the device, while Android 9 Pie is currently planned as an update (February 2019). The phone was fueled by the Snapdragon 845, while it included 4GB / 6GB of RAM and 64GB / 128GB of expandable storage. The LG G7 ThinQ featured a 6.1-inch QHD+ display with a 19.5:9 display aspect ratio, while it also shipped with MIL-STD-810G and IP68 certifications. A 3,000mAh non-removable battery was included in the device, while two 16-megapixel cameras were placed on the back of the device. LG is tight-lipped when it comes to the G7 ThinQ sales, as was the case with its predecessors.

The LG G8 ThinQ was announced in February 2019 at the Mobile World Congress (MWC) 2019 in Barcelona. The phone resembles the LG G7 ThinQ, especially its front side, but it comes with a thinner “chin” and display notch. The phone’s cameras sport a different orientation on the back, while a fingerprint scanner is still located on the back, in pretty much the same spot as on the LG G7 ThinQ. The LG G8 ThinQ includes a front-facing ToF camera which allowed LG to include some interesting features in the phone, features like palm detection and unlock, and air gestures which you can use.

The phone launched with a 6.1-inch QHD+ AMOLED display, 6GB of RAM and 128GB of expandable storage, while the Snapdragon 855 was included on the inside. One 16-megapixel and two 12-megapixel cameras were included on the back of the phone, while a 3,500mAh non-removable battery was also included in the package. Android 9 Pie came pre-installed on the device, along with LG’s custom UI. The device launched with support for 32-bit/192kHz audio, while it also came with IP68 and MIL-STD-810G certifications. 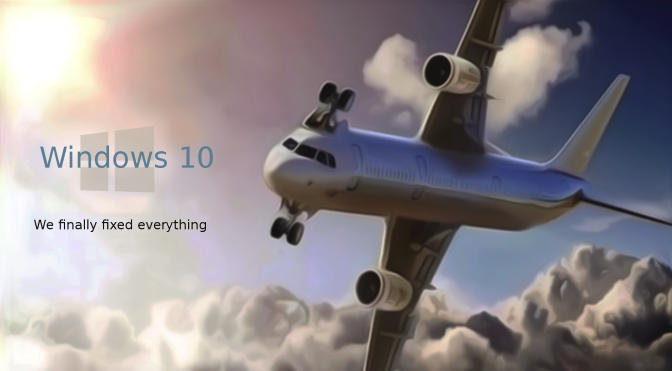 The biggest leak of Windows code since 2004 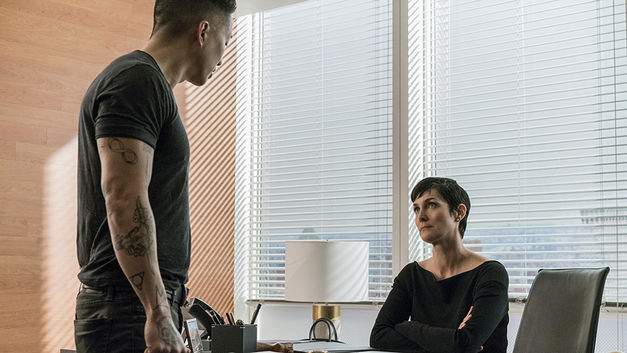 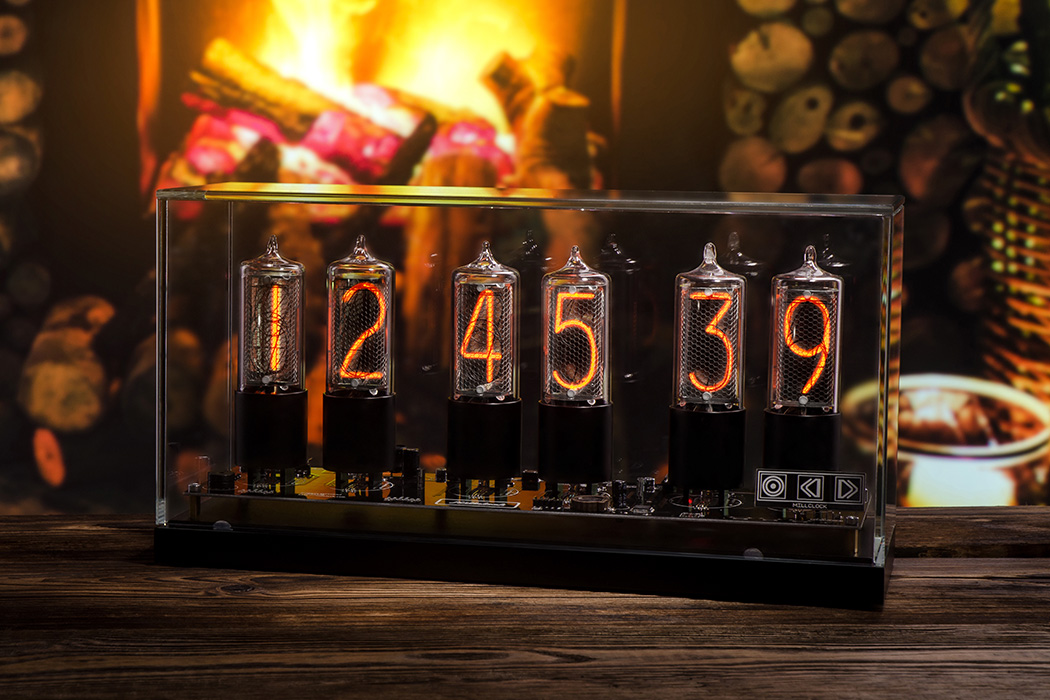