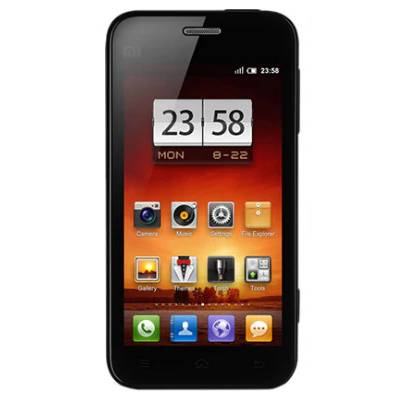 The story of Xiaomi flagship Android smartphones started way back in 2011, when the company announced the Xiaomi Mi 1. Over the years, Xiaomi had introduced quite a few devices, but we’re here to focus on the company’s primary Mi flagship lineup of smartphones, not including the Mi Note and Mi MIX devices that were introduced at some point in time.

To this day, Xiaomi introduced quite a few major flagship smartphones, some of which shipped in more than one variant, which is also something we’ll mention here. Down below, you will find a breakdown of every single one of those Mi flagships, and it is also worth noting that the article will be updated when new phones get announced. The design of Xiaomi’s phones changed quite a bit over the years, and the same happened with specifications, needless to say.

The Xiaomi Mi 1 was announced back in August 2011 (it was rebranded to Mi 1S a year later, for different markets), and as pretty much every phone from that point in time, it sported rather noticeable bezels. The phone itself was not all that big, at all, as it sported a 4-inch display. The device included three navigation keys below the display, the “Mi” logo above the display, and a single 8-megapixel camera on its back. A 2-megapixel camera was included on the phone’s front side.

The Xiaomi Mi 1 was fueled by the Snapdragon S3 dual-core processor from Qualcomm, and the device included 1GB of RAM. The Xiaomi Mi 1 shipped with 4GB of RAM, and a 1,930mAh battery. The phone was priced at 1,999 Yuan ($310) at launch, and it took Xiaomi two months to bring it to market in China, it was available for pre-order in August, but it didn’t ship out to consumers until October.

The Xiaomi Mi 2 arrived in the same month as the Mi 1S, but the Mi 2 was a full-fledged successor to the Mi 1. This handset also included capacitive navigation buttons below the display, but its bezels were thinner than the ones on the Mi 1. The Xiaomi Mi 2 was the very first smartphone to ship with the Snapdragon S4 Pro quad-core processor by Qualcomm, and the device featured a 4.3-inch HD (1280 x 720) display, which was also an improvement over the Mi 1.

The Xiaomi Mi 2 shipped with 2GB of RAM and 16GB / 32GB of storage, while expansion via a microSD card was not available. An 8-megapixel camera was included on the back of this smartphone, while a single 2-megapixel unit was placed on its front side. Android 4.1 Jelly Bean came pre-installed to the device, along with MIUI 5 skin from Xiaomi. The device included a 2,000mAh battery which was removable.

The Xiaomi Mi 3 featured a 5-inch fullHD (1920 x 1080) LCD display, while the phone itself was made out of plastic, just like its predecessor. The device was fueled by the Snapdragon 800 quad-core processor, while it shipped with 2GB of RAM and 16GB / 64GB of non-expandable storage. A 13-megapixel camera was placed on the back of this phone, while a 2-megapixel camera was included on the device’s front side. This handset came with a 3,050mAh non-removable battery, which was considered to be quite large at the time. The device shipped with Android 4.3 Jelly Bean, and MIUI 5.

The Xiaomi Mi 4 got announced in July 2014, sooner than expected, as it arrived only 10 months after the Mi 3. The Xiaomi Mi 4 was less boxy than the Mi 3, and it offered a set of navigation keys just like its predecessor. The Mi 4 came with a display of the same size as the Mi 3, and the resolution was also identical, the phone sported a 5-inch fullHD LCD display. Android 4.4.3 KitKat came pre-installed on this device, with Xiaomi’s MIUI skin.

The Xiaomi Mi 4 was fueled by the Snapdragon 801 quad-core processor by Qualcomm, and that SoC was not a huge step forward compared to the Snapdragon 800, but it was a solid processor. The phone arrived in both 2GB and 3GB RAM variants, with 16GB and 64GB of storage, respectively. A 13-megapixel camera was included on the back of this phone, an 8-megapixel camera was placed on the front, while the device included a 3,080mAh battery. The Xiaomi Mi 4i and Mi 4c were also announced, but those were mid-range phones.

READ  League Of Angels – Paradise Land Updated For The Holidays

The Xiaomi Mi 5 was the first flagship in this series of smartphones to offer a glass back, and it was announced in February 2016. The phone included a curved back side, while it also sported a fingerprint scanner on the front. Two capacitive keys flanked that fingerprint scanner / home button, while the phone looked like a considerable improvement of the Mi 4 in terms of the design. The device also included a frame made out of metal.

The Xiaomi Mi 5 featured a 5.15-inch fullHD (1920 x 1080) display, 3GB / 4GB of RAM and 32GB / 64GB / 128GB of non-expandable storage. The phone was fueled by the Snapdragon 820 octa-core processor, and it shipped with Android 6.0 Marshmallow out of the box. A 16-megapixel camera was included on the back of this phone, while a 4-megapixel unit was placed on its front side. This phone shipped with a 3,000mAh non-removable battery, but its backplate was easily removable and replaceable.

The Xiaomi Mi 5s arrived in September 2016, and it was an improvement over the Mi 5, but not a major new release, that’s for sure. This handset was fueled by the Snapdragon 821, and it included the same display as the Mi 5. The device arrived in both 3GB and 4GB RAM variants, while it was made out of metal, and it looked somewhat different compared to the Mi 5.

The Xiaomi Mi 6 was essentially an evolution of the Mi 5’s design, it was announced in April 2017. The Mi 6 was considerably heavier, and instead of a physical home key, it included a capacitive one, which doubled as a fingerprint scanner. This phone also came with two capacitive keys on each side of the home key, and it was the first phone in the series to sport two rear-facing cameras. The phone was made out of metal and glass, just like its predecessor.

The Xiaomi Mi 6 shipped with Android 7.1.1 Nougat out of the box, while it was fueled by the Snapdragon 835 octa-core processor. The phone sported 4GB / 6GB of RAM and 64GB / 128GB of storage. Two 12-megapixel cameras were included on the back, while the phone sported a single 8-megapixel unit on the front. The Mi 6 included stereo speakers, while a non-removable 3,350mAh battery was also a part of the package.

Xiaomi has decided to ship the Xiaomi Mi 7 naming, and it jumped from the Mi 6 straight to the Mi 8 in May of 2018, when the phone got announced. The Xiaomi Mi 8 was a huge change compared to the Mi 6, it was a lot larger than the Mi 6, not to mention that it came with a rather noticeable notch at the top of the display. The phone was made out of metal, and it sported considerably thinner bezels than the Mi 6. The Xiaomi Mi 8 included two vertically-aligned cameras on the back, and it came in the Mi 8, Mi 8 Pro, Mi 8 SE, and Mi 8 Explorer Edition variants. Only the Mi 8 SE was not a flagship-grade phone, though.

The Xiaomi Mi 8 featured a 6.21-inch fullHD+ (2248 x 1080) Super AMOLED display, and was also the first phone in the series to offer an OLED panel. The phone was fueled by the Snapdragon 845 octa-core processor, and it included 6GB / 8GB of RAM. The phone shipped in 64GB, 128GB, and 256GB storage variants, while it did not offer microSD expansion. Two 12-megapixel cameras were included on the back of this phone, while a single 20-megapixel unit was available on the front. A 3,400mAh non-removable battery was also a part of the package, while the phone shipped with Android 8.1 Oreo and Xiaomi’s MIUi skin.

The Xiaomi Mi 9 was made out of metal and glass, like the Mi 8, but the device offered a somewhat different in-hand feel. The Mi 9 was arguably a much more appealing device than the Mi 8 in terms of the design, as it replaced the Mi 8’s huge notch with a tiny, teardrop notch. The bottom bezel was extremely thin, and the phone offered a rather high screen-to-body ratio. This handset shipped with an in-display fingerprint scanner, and three rear-facing cameras, which made it the first phone in the series to offer three rear-facing cameras.

The Xiaomi Mi 9 sported a 6.39-inch fullHD+ (2340 x 1080) Super AMOLED display, 6GB / 8GB of RAM and 64GB / 128GB of non-expandable storage. The phone was fueled by the Snapdragon 855 octa-core processor, while 48, 16, and 12-megapixel cameras were placed on its back. A single 20-megapixel unit was included on the phone’s front side, while the phone shipped with a 3,300mAh non-removable battery, and 27W fast wired charging. The device also included 20W fast wireless charging, while Android 9 Pie came pre-installed on it, with MIUI 10.

A lubricating roller for your bike-chain that lets you ‘grease with ease’
When should we expect the rumored iPod touch? 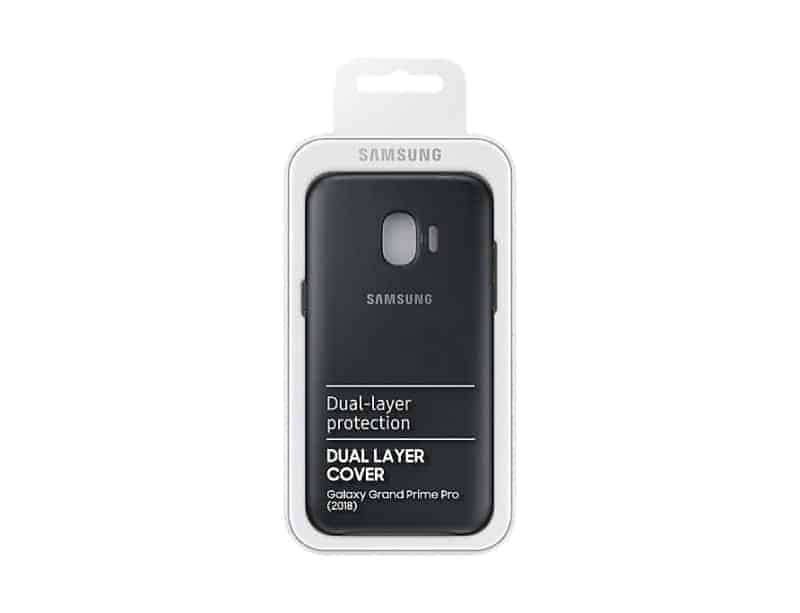 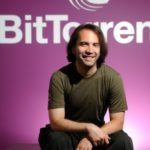 uTorrent will learn to work through the browser 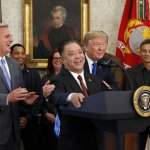