How Much Does Bruce Banner Have to Eat in Hulk Form?

Diet and lifestyle advice saturates the internet today like gamma radiation. Self-proclaimed health gurus would have us believe that there is some kind of catch-all solution to looking and feeling our best. Truth is, no single lifestyle can apply to everyone! Not all of us have the bone structure and metabolism of a Norse god. Some of us, for instance, are 8 feet tall with unusual pigmentation conditions and biologically incapable of achieving a “healthy” resting heart rate.

Bruce Banner, for one, has taken his extraordinary condition in stride and developed a routine for maintaining a body conducive not only to defending the world, but living his very best life.

Not only did Banner spend two solid years in Hulk form on Sakaar, he later achieved permanent Hulkiness while not losing that Banner brain. That’s a lot of mental and physical energy spent every day. What kind of nutrition is needed to sustain that?

Did he cut carbs? Was it whey? What’s required to be “Hulk Strong?” Can the Green Guy Diet make us swoll in all the right places?

First, let’s quantify the mountain of muscle we’re working with.

Banner hasn’t been public and forthcoming about his measurements, but it’s not hard for us to figure them out. On the speculative Earth 616, Banner in “Savage Hulk” form can weigh from 1040 to 1400 lbs and measure anywhere from 7 to 8 feet tall. This form is the closest to that adopted by our own Banner.

By measurements estimated from his appearance next to Thor on Asgard in 2017, Hulk stands at a height 2.5m/8’2”, so we can safely assume that he’s at the heavy end of the Earth 616 Hulk scale. We know that 616 Hulk can get taller and denser as well as stronger as his rage grows, but this phenomena hasn’t been observed in our Banner and frankly seems a little unscientific. Let’s say 1400 lbs or 635 kg for consistency’s sake.

According to the Katch-McArdle equation for basal metabolic rate (BMR), a 48-year-old Hulk during his time on Sakaar at 8’2” and 1400 lbs with several hours of daily elevated heart rate activity (for Hulk, a slow day sitting on his haunches) and no more than 5% body fat would have to consume 25,462 Calories (kcal) every day (or 106,604 kJ). This would be in order to merely sustain his form in the 2 years spent in the Grandmaster’s employ. We’re low-balling it here.

That’s about 57 chicken shawarma wraps, or 150 hard-shell tacos on a lazy day spent in bed.

Under normal circumstances, the average adult male on the go can consume a single taco within a 2-minute window without suffering any more than acceptable levels of taco-related indigestion. For Banner, that would be 5 hours spent eating every day.

Who has that kind of time? Banner’s a busy guy, 5 hours of eating is 5 less hours of Hulking out!

The current world record for taco speed-eating is 103 in just 8 minutes. Hulk could surely keep up with a skinny Californian guy and smash 150 in 12 minutes. Still a net gain in time management, even if it’s followed by an hour or two sitting on a vibranium-reinforced toilet.

All the above calculations assume at least several hours a day with a heightened heart rate — but that’s just the thing, Hulk’s heart rate is always high. It wasn’t every day on Sakaar that Hulk would fight — but when he did, it was hungry work and the taco numbers would inflate.

1995 World Boxing Council Heavyweight Champion Frank Bruno’s effective punch force was once measured at 1420 lb (6316 N). He weighed about 230 lb at the time, so we’re looking at about 6.2 times his weight in punching force.

Blows like this at the extreme end of human potential would be in casual sparring range to Hulk, when he’s not tasked to fight gods. Half an hour of pummeling at 40,000 newtons, against an opponent that subsequently feels like they’re experiencing a car crash at 35 mph over and over and over. More than enough exertion for the Grandmaster’s arena.

The average human male working on a heavy punching bag will consume about 2.75 kcal per pound per hour. In a standard arena fight, without superhuman exertion, Hulk will burn about 1,952 extra kcal.

So on fight day, that’s 271 floz (8 L) of protein thicc shake on top of our 150 tacos and we’re good! Surely a tough diet to sustain, but not impossible.

But what about when he does have to fight a god?

When fighting Abomination back in 2008, Mr. Green was observed tearing a police car in half, a feat which has been estimated to require about 50 million newton-meters of work. Doing this once would burn around 12,000 kcal. That’s close to 50% of his average, non-combat daily intake in one motion. Let’s imagine Hulk hit Thor with moves like this a few dozen times over the course of their bout on Sakaar…

Fighting Thor with the rigour of a champion boxer weighing 1400lb with 2-dozen car-tearing equivalent moves tossed in for good measure would burn around 290,000 kcal. That’s more than 120 times the daily Calorie needs for an average adult male, condensed into a single fight.

On a busy day of Avenging — say, at the Battle for New York — we’re looking at something more in the range of 2 or 3 million kcal… so the New York shawarma joint would have had to find a way to serve at least 4,500 chicken shawarma wraps to Hulk in the aftermath, or else he’d have had to eat the entire staff and their families.

At a world record taco-eating pace, that would be a 60-hour meal. In the more likely scenario that the Avengers only spent an hour or so at Shawarma Palace, Hulk would have been eating at a rate of 1.25 shawarmas per second. Just as well, then, that he had reverted to puny Banner form beforehand.

We have long believed that Hulk returns to Banner-shape only once he has sufficiently calmed his farm… maybe we should consider the alternative that after several hours of high-octane Hulking without protein intake, he’s simply too damn hungry to stay big.

The post-snap “Merged Hulk” sacrificed some Hulking hours for reading hours. He’s a relative baby at 7’6” and 1,150 lbs (522 kg). He’s so small, he can wear some people clothes! In this tumultuous post-Thanos world, sometimes compromises have to be made. It’s okay! At 53 and performing only moderate daily exercise — i.e. no fights — with a lower resting heart-rate than “Savage Hulk”, Banner now by the same equation would only have to scavenge up 17,160 calories daily to maintain his mass.

Smart Hulk will only have to enjoy a cool hundred daily tacos… but these days, Big Green uses cutlery and sits down to eat; he’s a sophisticated guy. A garbage bag full of lab-break tacos are probably only a special treat.

If you find yourself big and green, try to be like Smart Hulk. Remember that every time you smash, you smash your food budget too.

This designer is using Kickstarter to revive 400-year-old traditional Japanese crafts!
Samsung’s Upcoming Smartwatch May Come In 5G Model For The US 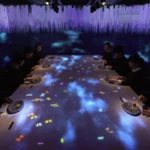 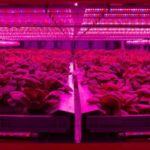 Vertical farms: in the future everyone will be able to grow food at home 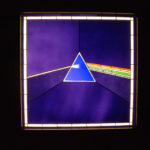