The 2020 Olympics were postponed last year, due to the pandemic. For the first time ever. But they are set to take place this month in Tokyo, with the Opening Ceremony taking place on Friday, July 23. The games will last for around two weeks, and there will be a ton of sports to watch during those two weeks.

How can you watch the 2020 Tokyo Olympics though? Well, easier than ever before. NBCUniversal still has the exclusive rights to the Olympics in the US, and they also have Peacock. So Peacock subscribers can watch the Summer Games for either $5 or for free.

How to watch 2020 Tokyo Olympics

There are two main ways that you can watch the Summer Games this year. You can either watch on NBC and its suite of channels, or watch on Peacock TV. We’ll go over each way, and which way might be the best for you.

The Olympics will be broadcast on a few different channels – NBC, NBC Sports, The Golf Channel, USA Network, CNBC, Telemundo, Universo, and The Olympic Channel. So whatever streaming TV service or cable service you have, will work for watching the Olympics. And if you don’t subscribe to them, you can also get an OTA antenna and get NBC for free.

However, if you use YouTube TV or FuboTV, you can actually watch the Olympics in 4K HDR with Dolby Atmos sound. There are a couple of caveats here though. For YouTube TV, you will need to be subscribed to the new 4K option that is an additional $20 per month. For FuboTV, the olympics will only stream in 4K in these markets: New York, Los Angeles, Chicago, Dallas-Fort Worth and Boston.

With NBC, they will mostly only show the events that get the highest ratings. And most of that will be during prime-time. Meaning that it won’t be live the majority of the time. But if you watch via the other channels, you will see more sports and more of it will be live. Remember, Tokyo is 13 hours ahead of the east coast. So a good bit of the events will be taking place while we are all sleeping.

The good news here is that you can record all of the Olympics coverage and watch it whenever you want. This is where YouTube TV comes out on top, seeing as you can record everything, and not worry about space. As YouTube TV has unlimited cloud DVR. You can search for the Tokyo Olympics and record everything from the opening ceremonies to the closing ceremonies. With FuboTV, you get at least 250 hours of DVR space, and up to 1000 hours, depending on your plan.

Ever since Comcast launched Peacock last year, it was banking heavily on the Olympics to give it a nice selling point over its competitors. Since NBCUniversal does have the exclusive rights to the Olympics and it is owned by Comcast. While you’ll be able to watch all of the Olympics on Peacock, it won’t be in 4K HDR, unfortunately.

When does the Olympics start?

While the opening ceremonies take place on Friday, July 23 at 7AM EDT (4AM PDT), some of the matches actually start on July 20 (or July 21 in Japan). This will mainly be the team sports that start early, like Softball, Soccer, Basketball, etc. In fact, Softball is first up on July 20 at 7:55PM EDT.

This will end with the final day of competition and the closing ceremonies on August 8. And we’ll do it all again next year for the Winter Games in Beijing.

Will there be fans at the events?

While the US has mostly reopened following the pandemic, Japan is quite the opposite. COVID-19 is surging in Tokyo specifically, hitting a six-month high in new cases just last week. This has caused the city to operate under a state of emergency. But the Olympics are still set to take place.

However, fans are going to be barred from attending games in person. And Japanese Officials are also asking people not to congregate on roads alongside outdoor events, like the marathon.

It’ll be unlike any other Olympic Games that we’ve seen in recent history. Typically, events are packed with spectators, but instead it’ll be more like the games we’ve seen for the past year in the US. With empty stands. It’s unfortunate, but with COVID-19 still running rampant, it has to be done.

Xiaomi And OPPO May Launch Their Own 5G Chips This Year 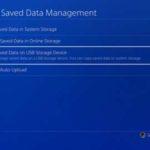 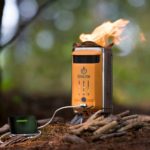