How To Watch The Samsung Unpacked 2021 Livestream!

The first Unpacked event of 2021, is set for today at 10AM ET. Where Samsung is expected to announce the Galaxy S21 series and perhaps some other surprises. You can watch Samsung Unpacked 2021 on many different platforms this time around.

The countdown has already started, but the actual event won’t start until 10AM ET today. That’s 7AM PT, or 3PM GMT.

The event is expected to last about an hour – maybe an hour and a half.

What is Samsung announcing at Unpacked?

While we don’t know for sure what Samsung is going to announce today at Unpacked, we are pretty sure the Galaxy S21 series will be announced. Which is also a full month earlier than normal. Samsung usually announces the Galaxy S series in February.

The Galaxy S21 series is expected to be a three-part series. With the Galaxy S21, S21+ and S21 Ultra. And it is also expected to launch with new Silicon from Exynos and Qualcomm.

It’s likely that Samsung is going to be announcing a few other products at Unpacked. The rumor mill points towards the Galaxy Buds Pro, which should end up being the highest-end pair of truly wireless earbuds that Samsung has ever announced.

Finally, we may also see a Galaxy SmartTag announced at Unpacked, which seems to be Samsung’s equivalent to a Tile smart tracker.

Of course, Samsung could have a few other surprises for us. However, the other products we expect Samsung to announce in 2021 haven’t shown up a whole lot in the rumor mill yet – like the Galaxy Z Flip 3. So it’s unlikely that would be announced today, but Samsung could always surprise us.

You can join us and watch Samsung Unpacked 2021 via the YouTube video below.

Samsung Galaxy S21 Ultra Hands On: The Ultra Smartphone!
No, this isn’t a router, it’s the Fanless Chromebox by Asus 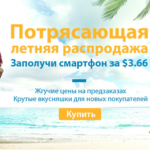 New coupons and discounts from GearBest 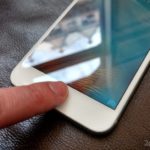