Huawei is going through hard times due to the decreased smartphone shipment, and now it is planning to enter a new and weird business. According to a report by BBC, Huawei wants to provide technology to pig farms and coal mines to create a new revenue stream.

Sanctions were massive damage to Huawei’s financial status, and now the company is seeking to improve its position by selling technology to other industries. Since China is currently a leading country in pig farming, Huawei wants to sell facial recognition technologies to pig farms. Modernizing farms by using tech-driven stuff is the goal.

Using technology in pig farms can increase production efficiency and help the owners to detect diseases and track pigs. “The pig farming is yet another example of how we try to revitalize some traditional industries with ICT (Information and Communications Technology) technologies to create more value for the industries in the 5G era,” the Huawei spokesman noted.

Coal mines are another potential market for Huawei. Huawei opened a mining innovation lab in northern China’s Shanxi Province, and the goal is to streamline coal mining by leveraging new technology.  The tech stuff provided by Huawei leads to “fewer workers, greater safety, and higher efficiency.”

Huawei has been under fire due to the reports of collaborating with the Chinese government and military institutions. Focusing on the local market allow Huawei to survive, but its absence from the smartphone market isn’t pleasant for the fans. Huawei is currently working on its exclusive operating system as an Android alternative.

READ  Hydrogen One – truth or fiction?

Donald Trump’s presidency was a nightmare for Huawei, and it takes time for the Chinese smartphone manufacturer to recover from its effects. Trump banned US companies from trading with Huawei. Also, providing any US-developed technology was extremely prohibited by the government.

Huawei was kicked out of the 5G development programs, and even some reports speculated that the Chinese manufacturer might stop smartphone production.

It seems that Huawei is making some changes to its business model and diversifying the revenue streams. Huawei founder and chief executive Ren Zhengfei said they are no longer relying on phone sales and want to sell other consumer products, including televisions, computers, and tablets.

Even with Joe Biden’s presidency, Huawei is not very optimistic about the lifting of sanctions. In the last quarter of 2020, Huawei’s smartphone shipment decreased 42 percent. Up to 60 percent decrease might happen this year. 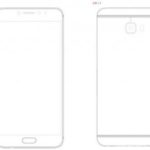