The Huawei Mate Xs is now available for purchase in China, but should be launching in Europe soon. The device got announced a couple of weeks ago, and is a direct successor to the Mate X, which never became available outside of China.

The Huawei Mate Xs should become available in Europe soon

The Huawei Mate Xs is priced at CNY16,999 ($2,450) in China, and its price tag in Europe is expected to be around €2,500. Huawei still did not share any details regarding its availability outside of China, other than confirming it’s coming to Europe soon.

The Huawei Mate Xs looks almost the same as its predecessor. The Mate Xs is essentially an improved variant of the Mate X. The device comes with a better hinge, and an enhanced cooling system. It also included a physical button for opening the device.

Unlike the Huawei Mate X, which got announced in February last year, this phone comes with the Kirin 990. That was to be expected, as it got announced a full year after the original.

The Huawei Mate Xs does support 5G connectivity, and chances are that 5G will be enabled in a model for Europe as well. The phone is made out of metal and glass, and is the most expensive foldable on the market at the moment.

Unlike the Galaxy Fold, and Galaxy Z Flip, this handset unfolds outwards. That means that its display is always exposed. When the device is folded, half of its display acts as a back of the device.

The device comes without GMS, but it does have Android 10 pre-installed

The Huawei Mate Xs comes with Android 10, but without GMS pre-installed. Due to the ban issued by the US, Huawei is unable to preinstall Google services on its new device. Huawei thus developed HMS, its very own replacement suite.

This, unfortunately, means that you won’t have access to Google’s apps unless you sideload them. You won’t even have access to the Play Store, but Huawei did provide an alternative for it, its App Gallery.

The Mate Xs is quite a powerful smartphone. Other than the Kirin 990, it also includes 8GB of RAM and 512GB of internal storage. The phone also offers an 8-inch display when unfolded. When folded, you can use a 6.6-inch panel. Both of those are AMOLED displays.

There are two SIM card slots included in this phone, and you can even use one of them to expand the phone’s storage. A side-facing fingerprint scanner is also included in the package.

The Mate Xs boasts a 4,500mAh battery, which can be recharged using Huawei’s 55W SuperCharge fast charging. This will charge up the device’s battery up to 85-percent in 30 minutes.

The phone includes four cameras, and all four of those act as both front-facing and rear-facing units. Leica’s lenses are thrown into the mix as well. The device is expected to arrive in Europe soon, and we’ll let you know once more info becomes available.

Save Big On Laptops, Desktops & More In Dell’s Semi-Annual Sale 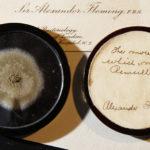 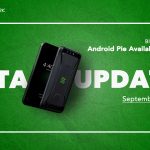