A Huawei-made smartphone identified by the model number ANE-LX1 was recently spotted in the database of browser benchmarking tool HTML5, having been listed as sporting a display with an unconventionally tall aspect ratio of 19:9. With the benchmark usually registering a third of an actual resolution of the tested device, the listed 360 x 760 pixel count should actually amount to 1,080 x 2,280. The ANE-LX1 was tested while running a version of Android 8.0 Oreo specifically compiled for the device by Huawei.

The unusual pixel count amounting to an essentially unprecedented aspect ratio may be explained by recent rumors that the successors to Huawei’s P10 and P10 Plus will feature tall display panels with a notch reminiscent of the one found on the top of Apple’s iPhone X. The upcoming series that may be advertised as the P11 or P20 is expected to be officially announced late next month at the new iteration of the Mobile World Congress in Barcelona, Spain, and may have a non-standard pixel count due to the design of its display panel. Alternatively, Huawei may be seeking to commercialize an unconventionally long mobile aspect ratio in an effort to differentiate some of its future offerings from their rivals. Last year saw the mass adoption of the 18:9 (2:1) image format but Samsung managed to take the concept a step further with the 18.5:9 Infinity Display found on the Galaxy S8, Galaxy S8 Plus, and the Galaxy Note 8, so the ANE-LX1 may signal the next step in Huawei’s long-lasting ambition to one-up the South Korean phone maker.

READ  PGA Tour 2K21 Will Launch On Stadia In August

18:9 displays coupled with minimal bezels allowed the mobile industry to start delivering phablets in compact form factors and provide users with more screen real estate without compromising the portability aspect of handsets. While it remains to be seen whether the newly popularized image format represents the maximum of what consumers are willing to accept in the context of slim displays, original equipment manufacturers are widely expected to continue experimenting with additionally thining their mobile screens. Narrow panels may also become more popular if and when truly foldable smartphones start hitting the market; according to recent patents, Samsung’s bendable Galaxy X may feature a 21:9 screen.

The post Huawei Phone Benchmarked With A 19:9 Display & Android 8.0 appeared first on AndroidHeadlines.com |. 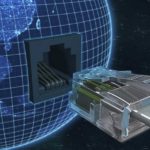 By using fiber it is possible to predict earthquakes (4 photos) 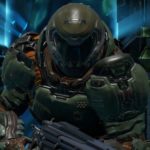 The main character of DOOM will appear in the new Quake