Hurry, The PS5 & Xbox Series X Will Be In Stock At Walmart At 12PM PST!

It’s been a real challenge for many people to buy a PS5 or Xbox Series X console since they launched. But, there’s still hope!

While the Xbox Series X launched November 10 and the PS5 launched on November 12, both have been considerably hard to get well before then.

It wasn’t just launch day stock or post-launch stock that’s been few and far between. Both the PS5 and Xbox Series X have been hard to buy since they were both available during the pre-order phase. Which was back in the beginning/middle of September.

You might have so far been unsuccessful in getting the console you want. Or maybe you got lucky with one and are sill trying to get the other. Now’s your chance. While Walmart is the only one to confirm a restock today. We’ll also place links down below for other retailers for you to watch. Just in case you want to check on them from time to time.

If you’ve tried to get either the PS5 or Xbox Series X during pre-orders or launch day, then you know how hard of a time it can be fight against everyone else.

You’ll want to act fast. Because once the console stock goes live, you won’t have much time to add either one to your cart. While Walmart is the only one restocking today (officially), you can find all retailers below. Good luck!

‘Marvel’s 616’ Looks at the Impact Comics Can Have on Both Creators and Fans
Cram It! | The Starships of Star Trek 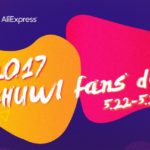 [for publicity] Closeout laptops and tablets Chuwi on AliExpress

5G Adoption Is On The Rise, While The Economy Crashes 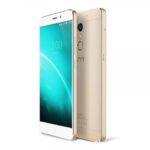 Cheap SmartPad with delivery to Russia to 5 days