Ice Skating: Is the ‘Iron Lotus’ Even Allowed or Physically Possible?

The Winter Olympics are halfway done in Pyeongchang, Korea. The pairs figure skating competition wrapped earlier this week, with the German team of Savchenko and Massot taking the gold. Their routine featured many dazzling and dangerous maneuvers, leading some fans to ask: can pairs do the “Iron Lotus”?

The “Iron Lotus” is a fictional move from the 2007 skating satire Blades of Glory. In the comedy, skaters Chazz Michael Michaels (Will Ferrell) and Jimmy MacElroy (Jon Heder) team up after their solo careers are derailed. They put their rivalry aside with goals of winning the World Winter Sport Games (an Olympics-esque competition) as a pair. Their signature move is called the “Iron Lotus,” a move so risky, if landed, would ensure a victory.

The Iron Lotus Broken Down

The “Iron Lotus” may be fake, but it’s comprised of a few legitimate skating moves strung together.

The first part of the “Iron Lotus,” where the “man” spins the “woman” around by her feet, is called a “headbanger” or “bounce spin.” In the move, this was accomplished with wire work and CGI. In real life, the male partner pulls his female partner in by one leg and swings her around by both feet.

As you can see, the move is very dangerous as the woman can hit her head on the ice. Due to the risk, this move is NOT allowed in Olympic-eligible competition, although fans may see it in exhibitions or shows.

At this point in the “Iron Lotus,” the male partner lets go of his partner’s feet, sending her soaring through the air. While there are throws in pairs skating, the female partner is either caught by the man (i.e. a twist) or lands on her own feet after being thrown (a throw jump — which is simply just a solo jump with a  partner assist).

In the “Iron Lotus,” the centrifugal force from the spinning would send the female partner out, not up. So from a physics perspective, the “Iron Lotus” really isn’t feasible.

Finally, the flying kick the male partner does while the female partner is in the air is known as a butterfly, It’s actually a pretty common ice skating move and used as a spin entry.

However, in the Iron Lotus, the two skaters are essentially jumping towards each other. Those kinds of moves are also not permitted in eligible competition, especially when one partner’s blade nears the other’s face. In Blades of Glory, a fiction Korean pair tries the Iron Lotus, but the male partner decapitates his partner.

In eligible competition, pairs do spin side by side, but aren’t supposed to drift towards each other. The Canadian pare of Jessica Dube and Bryce Davidson learned this the hard way in 2007. The duo were doing side-by-side camel spins and Bryce started drifting towards Jessica, clipping her in the face with his blade. Jessica required plastic surgery to repair the facial laceration, but luckily her eyes were undamaged.

Finally, Chazz Michael Michaels and Jimmy MacElroy wouldn’t be able to compete, as the governing body of the sport strictly defines a pair as one man and one woman. They would be able to compete, however, in the annual Gay Games. The Gay Games permit mixed (male and female) and open pairs.

See also  Google Pixel 5 Chipset Is Not As Fast As It Should Be
Recent search terms: 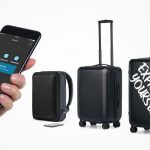 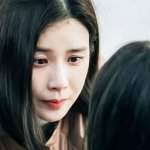 The Korean Drama ‘This Is Us’ Fans Need to Watch Next