The Apex Legends Mobile closed beta looks to be underway, and you just might be able to tap into it. That is if you live in one of the two selected regions.

Though EA does plan to expand the Apex Legends Mobile closed beta to more regions eventually, it’s starting small. As most studios do with early access to a game. Diablo Immortal from Blizzard is a good example. Having just recently entered its closed alpha a little over a week ago and limiting the access to Australia.

These small tests are a way for the developers to get the feedback they need for future development. But in a way that’s easier to manage compared to if the beta was available to a much larger player pool. At some point EA will be looking to get feedback of that size, but that time is not now.

Currently, if you want access to the game, you’ll need to live in the Philippines, or India. If you live in one of those two regions, you should be able to install the game from Google Play as long as you’ve pre-registered. If you haven’t pre-registered, doing so should also open up the game installation for you.

Keep in mind though that this may not happen immediately and could take a little bit. Once the game has been downloaded, simply log in and play. That’s all there is to it. Worth noting is that the game will still need a compatible device to run it. It’s unclear which Android devices are compatible and which are not.

And the beta could end up being full which would also prevent some users from installing the game.

Unlicensed players are getting banned

As with most Android games, Apex Legends Mobile could be installed using the apk file. If you were able to find it. But eager players should proceed with caution. As reports from players who have downloaded the game from outside of the Play Store state they’re getting banned.

According to one player on Twitter, they were banned for up to two days for having an unlicensed version of the game. That is, one that wasn’t installed directly from Google Play.

So while you may be tempted to grab the apk from somewhere, know that EA will very likely find out and ban the account used to log in. As it seems to have a team of developers dedicated to this particular task.

Those who played Apex Legends Mobile without license are getting BAN for 2 Days (Me too)…
Well we can’t play anymore 🙁 pic.twitter.com/qsFP0edVs1 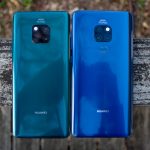 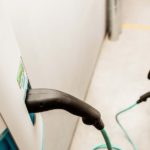