Earlier this week, India made the bold move to ban a number of Chinese apps, including TikTok.

Perhaps TikTok is suffering from this ban the most, after all it was the most used app on the list of banned apps from the India government. And a report from Caixin shows that Bytedance Ltd., the parent-company behind TikTok could lose $6 billion as a direct result of the ban.

TikTok might suffer the most out of all 59 banned apps

The Indian government banned 59 Chinese-developed apps on Monday, and out of all 59, TikTok is likely suffering more than all of them combined.

The majority of the apps were utilities, or apps that aren’t really used much in India. Like ShareIt. However, TikTok was huge in India. Almost larger in India than it was in China. Which is quite surprising.

Obviously, Bytedance makes more than just TikTok, when it comes to apps. It actually makes a number of others, including language apps that are very useful in India since they speak many different languages across that country. Including Hindi, Tamil and Telugu. However, those are nowhere near as popular as TikTok and were not banned either.

This amount of lost revenue shouldn’t be a huge surprise. As India accounts for over 466M users, out of the 800M users that TikTok has. That was as of December 2019, and the numbers have likely gone up even more, thanks to the quarantine.

Why did India ban all of these apps?

Tensions on the border of India and China have been rising in recent weeks. After the Chinese military killed a number of Indian soldiers and started to encroach on the border. So India has done a few things to combat the Chinese, and now the latest thing is banning some of their most popular apps.

READ  8K LG TVs To Reach The Market In June Next Year: CEO

Even though the government did not say that this was why these apps were banned, most of us can read between the lines. India stated that these apps took Indians data and stored it outside of India. But it’s hypocritical to ban these apps and not apps like Facebook and Twitter, who do the same thing. So it’s clear that this was a statement sent to China and not the US or any other country.

There are many more apps available on Android and iOS that are made in China, and it wouldn’t be a huge surprise to see those banned in the very near future either. 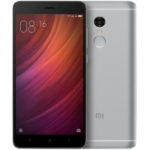 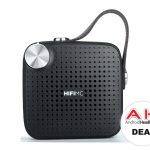 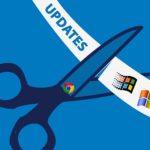