Keep An Eye Out For This Awesome-Looking Cyberpunk Action RPG

Before miHoYo’s mega hit Genshin Impact, there was its cyberpunk action RPG called Honkai Impact 3rd. If you played this game and enjoyed it, then you need to be on the lookout for a game called Punishing: Gray Raven.

It’s an action RPG much like Honkai Impact 3rd with a cyberpunk theme to it. Though it definitely has a lot of its own unique features and elements to enjoy too. Right now, the game is available in China and Japan, where it’s already become extremely popular. And it’s now been confirmed as coming to the West (this includes the US). Plus, it should be available for pre-registration soon. Which means you can sign up to be alerted the moment it becomes available to install.

Punishing: Gray Raven is the cyberpunk-themed action RPG you need in your life

Looking at some of the screenshots and watching a video or two, it’s clear that Punishing: Gray Raven is meant to deliver an action-packed experience with very pretty combat.

The game is going global this Summer so a release isn’t too far off. At the moment there’s no set date for the release. So it could show up anytime between June and September. In Punishing: Gray Raven, players will take on the role of a powerful hero trying to help humanity reclaim a ruined earth.

The world has been taken over by a biomechanical virus, and you as the player have decided to fight back. The game features multiple class types, as well as parry and dodge mechanics. Those willing to get right up in the face of danger will be rewarded with big damage numbers and a gorgeous display of combat. Provided they can dodge incoming attacks or parry them to deflect incoming damage.

Players can also swap out with other characters if any of the ones they have are better suited to a particular encounter.

The game will have a limited closed beta soon

If you can’t wait till this Summer, you might just get a chance to play the game before then. As the developers will be opening up a limited closed beta soon for global players.

When and where the closed beta will be held is still uncertain. You also can’t sign up for the closed beta just yet, but signups will be announced and available in the very near future. Punishing: Gray Raven will be a free-to-play title when it releases.

This e-bike changes the fundamental visual template of motorcycle design 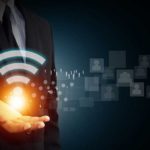