The up-and-coming Samsung Galaxy S20+ is going to be a monster of a phone when it comes to camera features. That’s based on new information that’s leaked about the device from Maxwell Weinbach. The details don’t indicate the ‘Plus’ model will ship with the rumored 108-megapixel snapper expected for the Samsung Galaxy S20 Ultra. But that doesn’t mean the handset will be lacking by any means.

To begin with, the details that have leaked out indicate Samsung plans to use a 12MP 1.8μm sensor for the primary camera. That’s a Sony IMX 555. A Samsung-built 48-megapixel snapper will back that up.

Two other cameras, one a Samsung ISOCell S5K2LA unit and the other unknown are included too. Those are likely ultra-wide angle, telephoto, and depth cameras. However, leaked images of the handset show six spots for sensors, so there may be others included too. For instance, the company may incorporate a ToF sensor such as the one found on the Samsung Galaxy Note 10+.

The front camera for the Samsung Galaxy S20+ is listed as a Sony IMX 374. That’s the same 10-megapixel sensor found on the Galaxy Note 10 and Galaxy S10 series devices. It supports 4K video at up to 60fps.

The new camera features for the Galaxy S20+

The sensors included with the Samsung Galaxy S20+ only tell part of the story here and features may be even bigger news. Among the more impactful features, Samsung appears to be adding a new mode called Pro Video Mode. As its name implies, that mode would presumably function as Pro photo modes do. That would give users control over ISO, white balance, and other aspects of the shot as opposed to letting the system do it automatically.

The new Pro Mode is in addition to another video-based set of features that start with the apparent addition of 8K video recording at 30fps. There won’t be an option there to switch between 30fps and 24fps.

4K recording will also be possible at 60fps with HDR support for the lower-resolution mode. Video stabilization features are present and accounted for too although subject tracking doesn’t seem to be as of this writing. Samsung is tucking in zoom-based mic features to make audio a bit better when subjects are in a crowded or noisy environment as well.

Another hugely impactful feature leaked for the Samsung Galaxy S20+ camera is one dubbed Single Take mode. That will, if the leak is accurate, allow users to take photos automatically. More succinctly, users will be able to move their phones around in their surroundings and the phone will automatically take pictures and videos. The selfie snapper will purportedly also utilize Single Take mode.

After taking some snaps in Single Take mode, the phone will automatically recommend shots. That seems to be via a custom gallery and works similarly to how burst shots work on current Samsung devices.

Finally, Samsung will be packing in a selfie-specific feature called “Smart selfie angle” that switches to the wide-angle mode in selfies automatically.

This device is going to be a monster

There have already been a number of other leaks related to various models of Samsung’s Galaxy S20 series, not all related to the camera. The smartphones that would have tentatively otherwise been dubbed the Galaxy S11 series will reportedly feature LPDDR5 RAM, for starters. At least three of the models will also feature 5G networking support.

As was the case with the Samsung Galaxy Note 10 launch, Samsung appears to be going all-in with its newest devices. Tempered expectations are typically a good thing. But it’s fair to say this smartphone series appears to be earning the hype afforded to the Galaxy brand. 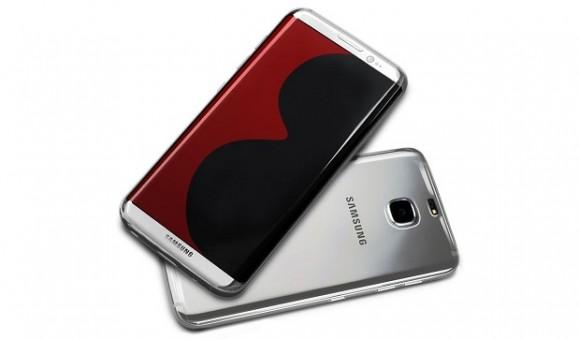 Blue Origin revealed the design of the capsule for space tourists