LG may be abandoning its rollable phone ambitions alongside other smartphone plans, despite showing the gadget as recently as CES 2021. That’s based on a recent report from South Korea’s Yonhap News. According to the report, LG has already asked its suppliers to place a hold on the device. Including BOE, expected to build the displays required to create a rollable LG phone.

Industry analysts assert that the news could be indicative of LG abandoning its rollable phone entirely. And not just in favor of a different form factor either. While still not confirmed by LG, the company may be looking to get out of the phone industry completely.

Why the sudden shift away from a rollable LG phone?

Now, while the reports here are in direct contradiction to others over the past several weeks, they aren’t without precedent. In fact, various rumors over the past several months have indicated that LG could stop making phones. LG has denied those rumors but they continue to surface in various forms. For instance, another rumor in December suggested it may simply stop making budget phones, instead of all phones.

Those rumors have been backed in various reports by data from Counterpoint Research and others, indicating that the company continues to ship fewer phones annually. And, perhaps as importantly, the company hasn’t turned a profit on phones since just before mid-year 2015.

Another aspect leading up to this decision, if true, could be development speed. Namely, some industry insiders have asserted that development on the phone has been too slow to be feasible.

Is this the end?

LG has been under significant pressure to keep up with the increasingly fierce competition in the mobile space. So slower-than-expected development would present a unique challenge that could see the project scrapped, given LG’s circumstance. And, in fact, seems the most likely culprit since LG has denied shutting down its phone division or selling it off. Especially with consideration for its top-rated budget phone, the LG Velvet. 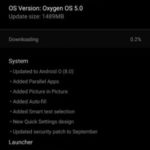 For OnePlus 3 and 3T came the long awaited update to Android 8.0 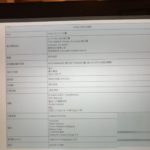 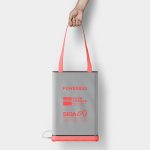