LG Mobile Could Go Away With A Bang, If This Phone Gets Launched

LG Electronics announced, yesterday, that it’s essentially killing off its smartphone business. In other words, LG Mobile is going away. Well, LG Mobile could go away in style if one specific phone gets launched… though that probably won’t happen.

LG Mobile could go away in style, if one particular phone gets launched

We’re talking about the LG V70, as the device got spotted on AI benchmarking platform. That listing reveals that the phone was supposed to be fueled by the Snapdragon 888, as expected. On top of that, it was supposed to have 8GB of RAM.

What’s interesting here, is that the LG V70 managed to get better scores than the Galaxy S21 series. It still placed below the Huawei Mate 40 Pro and Mate 40 Pro+, both of which have been topping this benchmark ever since they launched.

Now, considering this listing appeared, some of you may wonder will LG release this handset as its last smartphone. Well, the answer is… no, probably not. That wouldn’t make sense at all considering that the company announced the demise of its mobile business.

It seems like LG V70 was almost ready to launch

The LG V70 was very close to release, it seems. LG has been developing this smartphone, and was getting ready to release it. If the company decided to stick around for longer, the phone would probably see the light of day.

We’re only guessing here, though, so keep that in mind. There is still a chance LG may release this smartphone as its last hurrah or something like that, regardless of how improbable that may be.

The company has decided to pull the plug on its mobile business as it has been bleeding money for a long time now. LG Mobile has been suffering operating losses ever since 2015, and the company was unable to turn things around.

Many of you probably have ideas as to how LG should have done things in the past, to avoid this, but it is what it is. LG Mobile is going away after a long, long career in both the cellular phone and smartphone world.

Many of us will miss the company, despite the fact it didn’t make a serious impact in the smartphone market for a long time now. 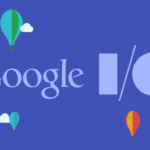 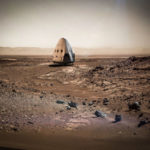