We all know Logitech as a company that makes high-end and business-focused computer accessories. The company just announced a set of new mechanical gaming keyboards that are definitely targeted at the higher-end market. These two new Logitech mechanical keyboards will have sleek and understated designs.

These new Logitech mechanical keyboards are made with metal

If you’re a person who likes the sound and feel of mechanical keyboards, then you may like these offerings from Logitech. These wired keyboards are called the G413 SE and the G314 TKL, and they’re pretty similar with the exception of one trait. The G413 SE is the more expensive one of the two because it’s a full-sized keyboard. It has the number pad on the side. The G413 TKL doesn’t have this.

Both of the keyboards have the same design and build materials. They have the same black color throughout from the frame to the keys. The keycaps are black, but the characters are transparent. This means that they will let the light from the backlight through. The frame itself is made from brushed aluminum and it has the “G” logo placed at the top. The metal build gives these keyboards a premium look and feel.

The tactile response should satisfy you

A big reason that people buy mechanical keyboards is for the tactile feedback they feel when they type. Logitech has its own brand of key switches called the Romer-G switches, but these keyboards won’t be using them. The G413 SE and the G 413 TKL use the popular Cherry MX-style key switches. These Kailh-made switches should give you the type of feedback you’re looking for.

While these key switches aren’t actually made by Cherry, the keycaps can still be swapped for other ones. That’s great for people who love to switch out keys and customize their keyboards. With the mechanical switches, you should feel a substantial click when you press down on a key. That’s a feature that’s lacking from most smaller keyboards.

How much do these keyboards cost?

Since these are premium keyboards, you should expect to pay a premium price for them. The more expensive G413 SE will run you $79.99. If you want to save a little bit of money, you can pick up the G413 TKL for $69.99. Both of these keyboards connect to your computer via the USB cord, so they aren’t for those who are looking for wireless keyboards. There isn’t an exact launch date for these keyboards, but you can expect them to launch sometime in February. 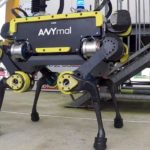 Robot ANYmal learned to use the Elevator 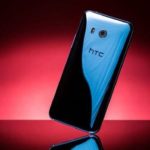 Innovative smartphone accessories that add on to and upgrade your productivity game!