Magnification In Android 12 Is How It Should Have Always Been

Android 12 continues to trickle out little bits of change in the first developer preview, one of the more recent being the new changes to the magnification feature.

Magnification itself is not a new feature. In fact it’s been a part of the Android operating system for a while. You can find it in the accessibility settings if you’re keen to check it out for yourself. If you’re on Android 11 or prior, magnification will simply enlarge the entire display so what’s on screen looks bigger. As the name of the feature implies.

You’d be forgiven if you weren’t even aware that magnification was a thing before now. And if that is the case, you’re finding out about it at a good time because now it’s quite a bit more useful.

With Android 12, you can magnify a smaller, more precise section of the display. As opposed to the whole thing. Android 12 achieves this by employing a floating square that shows the magnified area. And what’s more is that you can drag this square around to easily magnify other parts of the screen.

This gives the user a lot more control over what they want to blow up to a larger size. You can of course still magnify the entire screen, too. Google gives you the option to select both methods of magnification when toggling the feature on from settings.

Even if you start magnifying what’s on the display with the floating square, you can easily transition it to full-screen. On the floating square there’s a small button in the bottom right corner that allows you to drag the square around.

This makes for easy movement around the areas of the display. But in the bottom right hand corner of the display itself there’s a button that when tapped, allows you to expand to a full-screen view.

Alternatively you can tap that same button again to minimize the magnification back to the floating square. This might not be as big of a deal as the potential new theming options coming with Android 12, but it will still be very handy for many users.

Since Android 12 is still in its first developer preview, there’s always a chance more changes could be made to this feature and to others.

Logic Pros Live Loops Launchpad Diary: Deciding which model is best for your needs
You Can Edit Any Image With The Screenshot Markup Tool In Android 12 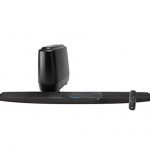 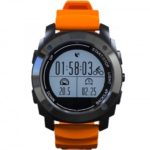 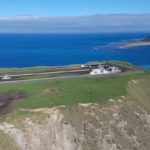 New Zealand could become the next space center (video)