Since humankind was first afforded the luxury of time to think, we’ve pondered whether our species truly has free will. From the toga-wearing ancient Greeks to “It’s ya boi” YouTube philosophers, the weight of our choices and how they affect others is a conundrum that’s kept us stroking our collective chin for centuries. But what if there was a safe space where you could make life-altering decisions without the risk of ruining everything that you hold dear? Ladies and gentlemen, I give you video games.

Taking a cue from ‘choose your own adventure’ books from the 1980s, a new breed of interactive experiences has dropped players into the proverbial narrative driving seat. Instead of having audiences experience a story passively, a whole generation of players has been left to agonise over the fate of their virtual avatars, forced to make decisions that can not only devastate their favourite characters for one “round” but potentially affect them over an entire game series. No pressure, then.

Unsurprisingly, these adventure game-inspired romps have struck a chord with a huge number of people worldwide. Experiences like Heavy Rain and Telltale’s The Walking Dead allow people to test the limits of their decision making in a fun, fictional environment. And who doesn’t want to make terrible decisions without consequences?

Yet, as brilliant as recent releases like Life Is Strange 2 have been, this increasingly well-worn formula is slowly starting to lose its sheen. The question is, where does the genre go next?

Hell is Other People

It turns out, the answer lies in making players share their burdens. Man Of Medan, the first in Twilight Zone-esque horror anthology series The Dark Pictures defies the pant-wetting pillars of the genre by letting you bring a friend along for the ride.

Heading into my demo, I was somewhat skeptical whether co-op would add anything to a narrative-driven horror game. After all, what’s scarier than being alone? But once I picked up the controller, Man Of Medan taught me a new type of fear – being at the mercy of a silent partner.

Created by Supermassive Games, the team behind 2012’s criminally underrated Until Dawn, this cinematic scare-’em-up starts off in suitably Hollywood fashion. As the game loads, the camera pans across a giant, eerie-looking military vessel, moored at a dimly-lit dock. The waves crash against the steel hull before the shot lingers on two young men dressed in slightly tatty military uniforms. Looks like we’ve found our heroes.

As the sequence segues from cutscene to gameplay, my co-op partner and I are immediately dragged apart and sent our separate ways. Embarking on a brief jaunt to learn the controls, we find ourselves embroiled in completely different tutorials. As engaging as this little intro section is, I find myself wondering where my co-op partner is the entire time. Pondering what he’s doing; what choices he might be making for the two of us.

It’s this fear of the unknown that defines my time with Man Of Medan. With no voice chat keeping me up to date on the thought process of my co-op partner, every time the “player two is making a decision” text flashes across the screen, my heart skips a beat. Is he making a decision that could merely just piss off the character next to him, or a dialogue choice that potentially triggers a dark and deadly chain of events? Every response my partner chooses, every time he interacts with the world around him, I have absolutely no idea what he’s up to.

Free will, or just the illusion of choice?

Of course, this tense setup only works if you really believe that your in-game choices matter. Over the years, gamers have realised that many adventure titles present the illusion of choice rather than actually offering a large amount of branching narratives. In other words, it may seem like you’re constantly making important decisions — but often, only, let’s say two, out of the ten choices you make, really impact where the story goes. Thankfully, Supermassive Games insists that this is not the case in Man Of Medan.

“This is by far the most amount of branching narrative we’ve ever done,” explains The Dark Pictures producer, Dom Ireland. “There are 69 potential deaths you can experience… But it’d be impossible to experience all in one playthrough. You’d need a minimum of eight different playthroughs to experience all 69 deaths.”

He pauses and smiles: “At times we’ve asked ourselves, are we nuts for even considering this? We’re effectively building fairly significant areas of the game that people may never even see!”

As my demo continues, it’s not hard to see what Dom means. After things take a grizzly turn on the military vessel, time skips forward to the present day – putting us in the shoes of a whole new cast of characters. Like Until Dawn (and pretty much every modern horror flick) before it, this tale revolved around another cast of college-age Americans. Hiring a boat, Brad, Alex Conrad and Julia set out to go diving, hoping to find some cool wreckage off the South Pacific. What could possibly go wrong?

While at times the dialogue does stray into cliché territory, the overall quality of the acting really elevates this above your standard video game fare. Starring Shawn Ashmore, of X-Men and Quantum Break fame, Pip Torrens and upcoming actors like Ayisha Issa – flitting between control of each character offers a fun take on the shlocky horror movie opening.

READ  Netflix Is Ending User Reviews, Existing Ones Will Be Removed

Yet as enjoyable as the opening is, even an hour in we find ourselves tasked with making some surprisingly momentous decisions. With an undiscovered plane wreck sitting on the seafloor below us, we’re warned not to make the dive — but where’s the fun in that? As we swim our way through the dilapidated wreck, we come face to face with areas we can only reach by uncoupling our oxygen tank. Opting to leave behind the one thing keeping Julia alive is a genuinely nerve-wracking moment, but thankfully, after surviving and finding an ancient trinket – it’s a decision that doesn’t haunt us for this rest of the demo.

The next few pulse-pounding minutes lead to the heart-stopping sight of a reef shark before the icing on the cake — discovering some very not okay-looking former pilots still strapped into their cockpit. Lovely.

Even the supposedly trivial decisions add up here too. Choosing to drink a beer on the boat can make one character hugely seasick, putting him out of action for a large chunk of the demo. Opting to flirt with the attractive ship captain, Fliss, will make them see Shawn Ashmore’s Conrad as an unprofessional little sleazeball, but will it also make her less likely to help us out or trust us when push comes to shove later?

As ever, part of making you care about the decisions you make comes down to the believability of the performances in the game.

“[These actors] actually bring more to their performance here [than in TV or movies],” explains Dom. “When we’re recording for the game, it’s not like a film set. They’re not shut away in a little cabin; they get a big piece of tech strapped to their head, they interact with the rest of the actors … there’s a much more fluid motion to that. It’s much more dynamic, they riff off each other. Obviously, we have a very strong script because of the various branching stories,  but the key is talent … and we’ve been very fortunate to work with people who have become Oscar winners.”

S0mething old, something new, Someone Oscar-worthy

Dom is, of course, talking about one of the stars of Supermassive’s seminal adventure game Until Dawn — Rami Malek.

“When we first started the voice shoot with him, it was obviously years before Until Dawn came out,’ adds Production Director Andy Nutall,“We got very excited when he started working on Mr Robot and then we saw him end up in more and more things…

“It’s quite odd,” agrees Dom. “Because you see these people you know and love – and we know them intimately. Because they’re the narrative delivery system — we really over-index on the characters and make sure that every detail is as perfect as we can make it — so we love them to bits and Rami Malek is no exception. When he was accepting his Oscar I was like, ‘Yes, Josh go!’ [Laughs]”

Yet interestingly, Supermassive doesn’t just rely on Hollywood talent in front of the camera.

“We have Hollywood scriptwriters, and I  also used to work in TV,” explains Andy. “Some of our artists made Jungle Book … there are a bunch of film and TV specialists in the studio. We hire film and TV scriptwriters because it helps us to tell a really rich story.”

While Man Of Medan is just one part in an anthology series, the team is keen to stress just how much work has gone into this game. While Man Of Medan looks to be shorter in length than Until Dawn, Bandai Namco’s Gareth Betts promises that it more than makes up for it in branching storylines.

Coming out of my demo, the first thing I wanted to do was run over to my co-op partner and find out where they were dragged off too. What decisions they had been forced to make while I was off elsewhere. Man of Medan may not help mankind solve the age-old debate on free will, but against all odds, Supermassive’s latest uses a healthy fear of death to breathe new life into the adventure genre. It feels somewhat pertinent that in today’s world,  the next evolution of horror comes not from having you fret over the weight of your owns decisions — but from the terrible decisions others make on your behalf. 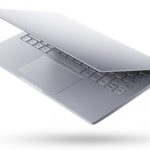 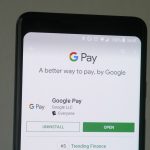 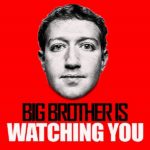