If you’re a video gaming Marvel fan, you’ve been starving for years. Yes, Insomniac Games came along and thwipped Spidey games back into shape last year, but before that there was an aching absence of all things avenging. The last bone we were thrown were some refried Marvel Ultimate Alliance “remasters” in 2016 (annnd they got delisted after two years anyway). Today at E3 2019 we finally got a Marvel game worth assembling for…

A TOUCH OF EXCELSIOR?

Let’s curb the enthusiasm of MCU fans early. You’re not going to get digital lookalikes in Marvel’s Avengers, nor are you going to get a rehash of stories as previously seen on the silver screen. Crystal Dynamics and Eidos Montreal have gone with their own interpretations of these iconic heroes.

You’re going to be suiting up into (arguably) the best avengers as mo-capped and voiced by some of the gamings most talented voice actors. You’ll be leading the team and achieving implausible ricochets with an oversized frisbee as Captain America (Jeff Shine). You can call down the thunder as a pre-comedic overhaul Thor (Travis Willingham). You’ll also give thanks for being able to fling tanks as The Hulk (Troy Baker). Failing that you can gather intel as the obvious choice for stealth sections, Black Widow (Laura Bailey). And last but not least you can enjoy free flight as Iron Man (Nolan North).

Interestingly, the adventure on offer is taking a darker route. A bit of an Infinity War pathos is at play. In this universe we’re introduced to the Avengers in San Francisco as they unveil a fancy new S.H.I.E.L.D. Helicarrier. It’s sporting a brand-new power source that has dueling geniuses Bruce Banner and Tony Stark at odds. Banner thinks the Terragen energy core is unstable; Stark thinks it’s a super good idea and that Bruce is probably green with envy over his idea to use it.

Before the unveiling can get underway, most of the team is drawn off by a diversionary attack on the Golden Gate bridge while Captain America protects their new tech. What happens next isn’t entirely clear, but it’s fair to say that things don’t go to plan. Our expensive hovering home explodes in a catastrophic loss of civilian life. The Avengers are promptly outlawed like a bad day in The Incredibles. Oh, and it’s strongly implied that Steve Rogers is ghosted.

The bulk of the game picks up five years after the tragedy. It’ll be your job to reassemble a crew of heroes who don’t especially like one another. Failing Captain and the world has allowed doubt and disbelief to take root in some of them. When a mysterious threat emerges that cannot be ignored, it’s up to you to get the band back together and to combine their abilities in awesome ways.

Far and away the best news is that in addition to a single-player story, Marvel’s Avengers will support co-op with four players online. Crystal Dynamics says we will be able to customise a growing roster of heroes and take on new threats as the game evolves in a series of expansions. Even better, every new super hero will come to us at no additional cost. There’s no word on who we’ll see as a DLC extra, but it’s strongly implied that Hank Pym will show up with a shrink ray. (And hey, it can’t be too long before they remember that they forgot to include Hawkeye, right?)

The goodwill and generosity continues, too. Crystal Dynamics has drawn a line on micro-transactions and is standing on the right side of it. Likewise, they’ve gone on record to state that Marvel’s Avengers will not be a place of random lootbox chicanery and pay-to-win practices in general. We couldn’t be more happy with this.

Before we wrap this, there were some other tidbits of interest that we noticed during the reveal. Firstly, there’s an odd link between this game taking place in SF and a throwaway line made by Peter Parker in the Insomniac Spider-Man game (he comments that the other Avengers are off “doing something on the West Coast”). We also loved spotting Taskmaster trading blows with Black Widow and a white Ironman EVA suit looks startlingly like the liquid smart-metal Endo-Sym Armor from Avengers Vol 5 #32.

Though there’s going to be an odd period of disconnect as we adapt to the new faces of these Avengers, we couldn’t be more excited for this. Marvel’s Avengers plans to release worldwide (boldly in the same month as Cyberpunk 2077) on May 15, 2020. You’ll be able to get your spandex on via a PS4, Xbox One, PC, or Stadia. Also, the word is that PS4 will get some extra content first, not to mention early beta access.

I’ve seen and played it all – from Pong on a black-and-white CRT to the 4K visuals and VR gloriousness of today. My only regret after a decade of writing and 30+ years of gaming: hitchhiking’s no longer an option. My thumbs are nubs now.

Cutting The Cord with Plex Live TV: Review
US Antitrust Chief Once Lobbied For Google & Apple, Now He’s Investigating Them 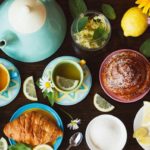 How to brew tea: advice to the Treasury 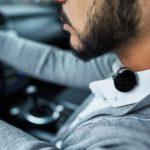 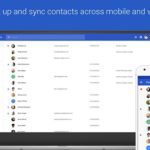