Google is one of the major companies behind artificial intelligence, but Meta is also a company with a toe in the AI space. It’s been working on some AI projects, and it wants to share one with the world. Facebook’s parent company Meta has a chatbot named Blenderbot 3, and you can access it right now.

If you’re a person living in the United States or in Canada, you’ll be able to freely access the bot, to use. The page itself is pretty unopposing. It’s a blue background with the chat in the middle, a simple face above, and some fancy animations up top. The magic happens when you start your conversation with the bot.

Meta crafted BlenderBot 3 to be realistic

Typing something like “I want to know more about being safe”. From there, you might get an answer like “That’s a good thing to be concerned with. There are all kinds of ways to stay safe, what do you want to know?”. From there, you’ll just talk about whatever comes to mind.

Right now, Meta is testing out Blenderbot 3, so you can expect some rough patches. Regardless, the AI is pretty stellar. The AI not only responds to what you say, but it often gives fleshed-out responses.

When asked how to stay safe while mountain climbing, it actually responded to speak to an expert climber. Also, when told “I don’t want to talk to any climbers”, it responded accordingly.

The AI suggested that I bring water while mountain-climbing. I asked why, and it responded that being dehydrated affects your judgment and that could make things more dangerous.

Right now, BlenderBot 3 is still in the developmental stage. You won’t get a flawless answer all the time, and you’ll run into instances where it says “I don’t know about that”. At that point, it will try to drive the conversation in a different direction. If you want to try it out, you can. Just go to this site.

Since you’re literally feeding text into a chatbot (one owned by Meta, of all companies), there will definitely be people wondering about the safety of their privacy. Make sure that you read the terms of service before you use it. 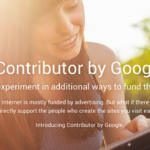