According to 9to5Google, the old feature of Android Beam can be brought back to life. Thanks to Nearby Share tap-to-send you can relive the good old days of sharing contacts with a simple tap.

Nearby Share is a feature that lets you directly connect to a nearby device as long as you have both Bluetooth and the feature enabled. Unfortunately, many users who aren’t techies may not know that Nearby Share even exists. This can make it tough or annoying to walk them through enabling the feature.

A post over on the /r/Android subreddit found that you can simply share an item using the Nearby Share from the pop-up share sheet. After pulling up the share sheet you can simply tap the back of the device you want to share with. However, the only real caveat is that the other user must also have NFC enabled.

The original poser /u/40percentreddit says that this new version may be more sensitive compared to the old Android Beam. The original poster says that devices appear to be able to pick each other up when being next to each other on a desk. This does take away from the fun of tapping devices together.

READ  Android 11 Starts Rolling Out To The Motorola One Hyper

As Android Beam was a great way to share information between devices, this can be just as useful. Especially for those who are less tech-savvy. You may even be able to get them to become more interested in tech. Especially when they see how simple it is to use the feature.

For those family members who always want you to send random pictures, videos, webpages, etc. this can definitely make the ordeal much easier. After tapping the devices together you do not have to keep them held together after one accepts the transfer.

It seemed like Android Beam was dead and gone. But now it is back from the dead thanks to Nearby Share. Now go forth and beam all the pictures, videos, and webpages. 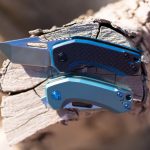 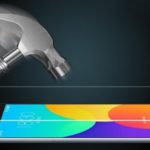 What to buy for Meizu Pro 6 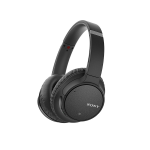