Debuting Friday, May 1, the new Disney+ series Prop Culture finds film historian and avid movie prop collector Dan Lanigan exploring the making of iconic Disney films through the lens of memorable movie props and costumes. Each episode focuses on a different film, as Lanigan visits the Walt Disney Archives, film locations, and more, in order to get a look at (and often a hand on) key items, while also speaking to filmmakers, actors, and crew, all while reuniting them with many props from their film and seeing what memories they evoke in the process.

Season 1’s eight episodes focus on Mary Poppins, Tron, Tim Burton’s The Nightmare Before Christmas, Pirates of the Caribbean: The Curse of the Black Pearl,  Honey, I Shrunk the Kids, The Chronicles of Narnia: The Lion the Witch and the Wardrobe, Who Framed Roger Rabbit?, and The Muppet Movie. You can check out the video above to see an exclusive clip from the Nightmare Before Christmas episode of Prop Culture, featuring Danny Elfman!

Fandom spoke to Lanigan about his own love of film props, what it was like to see the reaction they can elicit, and some of the amazing moments he experienced making the show – including an interview with a beloved film actor who’s not known for many public appearances these days.

THE POWER OF PROPS

Lanigan has his own massive collection of props, and noted his love for this aspect of film began as a kid during visits to Disney’s Hollywood Studios theme park at Walt Disney World – then known as Disney-MGM Studios. Recalled Lanigan, “I think the first time I went there, there was an exhibit with a bunch of Nightmare Before Christmas puppets and they had sections of Town Hall set up and it just blew my mind. I just could not believe it.” Lanigan added that during his many visits, “There was Rocketeer stuff on display and there was Indiana Jones and the Temple of Doom material that was loaned to them and then the Star Tours ride opened and they had some original droids in there. It was just such a tangible thing that I could get close to and say, ‘Wow, that’s how they did it’ because you could see it. With the Nightmare stuff, you could see the mounting points, you could see the holes in the floors of the sets where they would mount these characters and you could see the little joints, the holes in the joints, where they would go in and tighten or loosen the joints of the puppets so they could move them. It’s really educational to see this stuff and it just made me more obsessed with not just props, but filmmaking.”

On Prop Culture, when Lanigan reunites filmmakers and cast with props and costumes from their films, they’re almost always visibly excited to see them, but some have far more emotional – even tearful – responses.

Remarked Lanigan, of those bigger responses, “You know, it is interesting. Some people don’t react that way. I think it depends on a combination of things. With a film like Mary Poppins, or really any of the films that we profile, they’re such big films and they last so long that the people that worked on them, those films became part of their identity. And many years later when you bring back an artifact from their own personal history that means something to them, there’s a tangible emotional reaction. And that has been a part of this stuff, why I collect, because these pieces have magic. To collectors and the people that love film, when you see an original prop there is almost an invisible glow that comes off of these things because you know this is important. It’s like ‘Oh my gosh, look at that, that was the piece that so and so held in this movie.’ It has power. It has the power to move people. And even the people who may have built thirty of these [for the movie], you see one years later and that’s a film that helped identify your career and who you were and maybe you met your spouse on it – there’s power to that stuff. Even separate from the power of the actual film. Because this is personal history to these people.”

Lanigan has some incredible experiences making Prop Culture, whether it be speaking to actors like Kathleen Turner and Christopher Lloyd – the latter of whom he gets a shave and a haircut alongside! – for Roger Rabbit, going to visit places like the Walt Disney Animation Research Library, or having the rare opportunity to walk amongst the original Pirates of the Caribbean ride at Disneyland (both the inspiration for the film and a place where a prop from that movie has found a home).

So what stands out the most from making the show? Said Lanigan, “I would say, just from a ‘oh my god’ moment, was when I was sitting down with Rick Moranis. When I was younger, I would watch Strange Brew over and over and over and me and my friends could quote the movie left, right, and center. Love that movie! And then I went and saw Honey, I Shrunk the Kids, and there’s Rick Moranis. Ghostbusters – Rick Moranis! There’s just so many great movies that he’s in. And then the guy retires and he decides he’s going to take care of his family and somehow we were able to get him to sit down and talk about Honey, I Shrunk the Kids. So that was just like ‘Oh my god, we have Rick Moranis and he’s having fun!” It was really cool.”

Another highlight occurred during the Nightmare Before Christmas episode, when Lanigan went and visited Danny Elfman for a conversation about his work on the film, as seen in the clip at the top of this page. Recalled Lanigan, “I will tell you probably the second [biggest] moment is when Danny started singing Nightmare as Jack to me. We were sitting on the couch in his display room and we talked for probably an hour and a half, two hours. And that just blew me away. Because he’s just a super regular, nice guy. He grew up as a monster kid, he read monsters magazines, he was totally into all this stuff. But once he started singing as Jack and explaining how he does that and how he works through it… I’m not a person that sings but I definitely felt a little lightheaded. It was weird and it was awesome.”

Lanigan loves that Prop Culture gets to put a spotlight on many facets of filmmaking and details many viewers may not consider initially about a beloved film. As he put it, “If you think about Honey, I Shrunk the Kids and you think ‘Well, what’s important about that film?’ – Yeah it was a big hit, but what’s special about it? There are so many different amazing people that worked on that film. And one of my idols is Phil Tippett, the guy who is arguably the Ray Harryhausen of our time, who helped create so many amazing things in Star Wars, Star Wars, Empire Strikes Back, and Return of the Jedi and then when on to RoboCop and Starship Troopers. [In Honey, I Shrunk the Kids] he did one of the coolest bug fights of all time in stop motion.”

Obviously, evolving technology has changed many aspects of how filmmaking is done and in Prop Culture, you get a look at the ingenuity that went into pulling off some key movie visuals using what was available at the time – whether it be modifying hockey helmets for the characters in Tron to wear or seeing the mechanics that went into making handcuffs built for a human man and a cartoon rabbit to share in Roger Rabbit.

When it came to how his show helps look at the evolution of special effects, Lanigan noted, “What’s funny is not only do you get to trace back history and learn how they did it, but you also learn why they did it. They did it a certain way because that was the limits of the time and nowadays you can still use those techniques but using current technology. By talking to people that worked on these films of the 60s, 70s, 80s, and 90s, I’ve taken those techniques and used them myself in my Fan-O-Rama film and my most recent film, Izzy Lyon: The Unspun Truth. Old techniques are some of the best techniques because they used to work, so why not use them again?” Lanigan added that he felt there are great uses for CGI, “But it doesn’t mean you just have to go straight up CGI. Use the old techniques when they work. Look at Lord of the Rings, what Peter Jackson did. He used a lot of old techniques along with new techniques to make an amazing film.”

READ  With Foldable Smartphones Coming, AMOLED Sales Expected To Hit $32.2B In 2019

WHAT THE FUTURE MAY HOLD

The films on Prop Culture notably come from many different genres and many different eras, which Lanigan said was always his intention. “I personally wanted to have a variety of different types of films, from classic Disney live action to adventure to stop motion. I wanted as much of a variety as possible because there are so many different skill sets that are used in movie making in general and I wanted to be able to touch upon them. Like with Who Framed Roger Rabbit? we talked to Charlie Croughwell, who is not just a stunt driver, he actually built that Benny the Cab. There are so many different skill sets and so many different amazing people that work in film and to me those are as much stars as the people you see on screen. These are my idols, these people. Yes, I love sitting down with Christopher Lloyd and Kathleen Turner and Rick Moranis, but people like Charlie Croughwell and [Pirates of the Caribbean costume designer] Penny Rose are just amazing, wonderful people that are warm and brilliant.”

The Muppet Movie stands out among the first season’s selections because it wasn’t originally released as a Disney film, becoming one years later after Disney purchased the Muppets. Of course, Disney’s library has only grown since, including their recent acquisition of all the films from 20th Century Fox.

Looking forward to a potential Season 2, Lanigan said, “We want to dive into Fox films – we want to go into some of the acquired films, and Marvel if they’ll have us. On our list of movies that we want to do is Edward Scissorhands, Home Alone, The Black Hole, Hocus Pocus… Willow is a big one we would really like to do. Raiders of the Lost Ark I would adore to do. I’m a huge Indiana Jones collector, I would love to do that. Fantastic Mr. Fox. I would love to do Princess Bride. The original Planet of the Apes! And of course, the one that I really, really want to do — and I’m not sure Disney has the rights because they share it with Paramount — but Dragonslayer. That movie is such an important film for so many different reasons. It’s stop motion, it’s fantasy, it’s basically in a lot of ways what Lord of the Rings got its core kind of visual feel to, and look at Game of Thrones. Dragonslayer… the original dragon is still possibly the best dragon design of all time. Just an underrated film in my opinion.”

The entire eight-episode first season of Prop Culture debuts Friday, May 1 on Disney+. 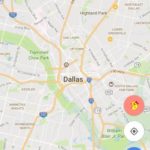 As Google, NVIDIA, OnePlus, and other celebrated April 1

Poll: Are you buying the new in-ear AirPods Pro with noise cancellation? 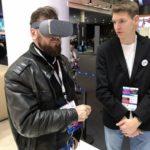