Google Messages is picking up the ability to pin conversations to the top of the list with a new update. Version 8.3.026 of the app is currently rolling out on the Play Store and it brings the long-awaited feature.

Pin Conversations is a basic feature found in most messaging apps. As the name suggests, it lets you pin a conversation to the top of the conversations list. This way your favorite conversations will always stay on top so you could quickly access them as soon as you open the app. No need to scroll down to find that one conversation.

However, Google Messages has been missing this important feature all this while. An APK teardown of version 8.1.050 of the app last month revealed that the company was finally working on it. Thankfully, it didn’t make users wait much longer as the feature is now rolling out with the latest update for the app.

If you use Google Messages as your default messaging app, you should soon be able to pin conversations to the top of the list. Go check for an update for the app on Play Store if you haven’t already. If an update available hit the Update button right away. If there’s no update available, do not worry. You should see one soon. You might want to enable auto-update for the app so the new version is automatically installed when available.

Note that the Pin Conversations feature may not be immediately available to you even if you have updated to Google Messages version 8.3.026. You might need to wait for a few days for the feature visibility on your device. You could also try clearing the cache and force closing the app. This reportedly worked for some users though we can’t say for certain.

Version 8.3.026 of Google Messages also changes the “More” category to “Updates”. No other new features, improvements, or changes have been noticed. The latest update should roll out to more users in the coming days.

OnePlus Is Merging With OPPO, But OxygenOS Is Not Going Away
Tips to Hire a Mobile App Developer

How To: Use Emoji Anywhere In Chrome Or A Chromebook

Tiny home setups that prove why micro-living will be the next big trend: Part 4 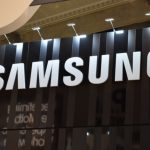