A new Instagram Lite update comes with the ability to take advantage of Reels according to XDA-Developers. Instagram Lite is a stripped-back version of the popular social media for devices that do not have the best specifications. The app aims to give users a great experience even on limited hardware.

The barebones version of Instagram is for Android devices. The app itself comes in at less than 2MB in size. It also offers a clean, simple experience for those with limited internet bandwidth. The app launched at Facebook Fuel in India last year.

The aim of this app is to bring the popular Instagram experience to more users, so everyone can enjoy it. When it was first launched it was missing a few popular features. For example, it lacked Reels, Shopping, and IGTV features which are popular.

The point of leaving these features out is to offer a lightweight experience. Now, the new Instagram Lite update is currently rolling out, and users will have access to Reels. The update is for users in India only currently.

Reels for the uninitiated are short-form videos akin to TikTok. Unfortunately, Instagram Lite users will not be able to create Reels. But having access to Reels, in general, is a step up from the first Instagram Lite release.

Facebook says that “with this update, everyone using Instagram Lite in India will be able to view Reels with the Reels Tab.” The feature was fast-tracked for Indian users due to the adoption of Reels in India. The regular Instagram app has always been able to create and view Reels.

As Reels continues to grow in India Facebook wants to get reels in the hands of as many users as possible. Since Instagram Lite had an early adoption in India. As a result, Facebook making it available so soon makes sense.

The latest update is available for download now. For any Instagram Lite users, you can access the update via the Play Store. Now you will be able to get lost in hours and hours of Reels. The update is available in multiple regional languages including Bangla, Gujarati, Hindi, Kannada, Malayalam, Marathi, Punjabi, Tamil, and Telugu.

Instagram Reels offer hours of entertainment. They offer tons of entertainment, and can even teach you new things. You can learn how to make different easy meals, or even learn new tricks to use on your smartphone.

PUBG: New State Is The Future Of PUBG & It’s Exclusively On Mobile
This prefabricated tiny office workspace uses a love of details to create this must have 2021 getaway! 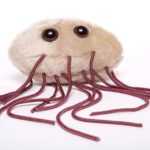 Bacteria have mutated in microgravity 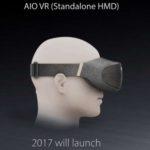 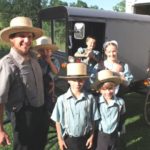 The Amish have discovered a mutation that overcomes diabetes, and even aging