New Leak Reignites The Possibility Of The Pixel Fold

During Google I/O, we were all disappointed by the fact that Google didn’t announce its foldable Pixel device. Dubbed the Pixel NotePad (but, everyone just calls it the Pixel Fold), this was going to be Google’s foray into the foldable phone market. While Google has been silent on that, we have a new leak that suggests the phone will have a unique camera setup.

For a refresher, we started following rumors of a Made By Google foldable phone to take on Samsung’s foldable phones. We heard tell that it was going to launch this year alongside the Pixel 7 phones. However, the trail’s gone cold from that device, and we all turned our gaze to the devices announced during Google I/O.

But, a new leak describes the design and camera for the Pixel Fold

The details on this phone are still crumbs at this point. We don’t have anything solid like official renders, case renders, leaked images, or certifications to go on. Thus, you’ll want to take this information with a grain of salt.

Noted tipster Digital Chat Station (via Phone Arena) posted a status update to Weibo with some information regarding this device’s camera and design. For starters, the renders we got last year actually have the story wrong. They basically depict the phone as a Pixel 6 that folds. However, according to the leak, it appears that the back will resemble the Pixel 7 instead.

This means that the visor (which really shouldn’t be on the phone if Google wants to keep it from being as thick as a textbook) will be made from metal rather than glass with the Pixel 6/6a. There will be an ovular cutout for the camera sensors as well.

One of the more interesting rumors for the Pixel Fold has to do with the camera. The leak states that the outer display will have a standard punch-hole front and center.

However, it also says that the inner display will have an “ultra-micro-hole camera… on the frame”. This means that the phone could have a small camera embedded into the frame along with the other sensors. This could help maintain a full-screen look without bothering to put it under the display.

We’ll need to wait to see if this method will work. However, we don’t know if the phone itself will even exist, so that will also be up in the air. 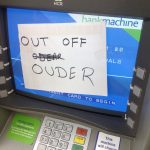 Samsung Is Dropping These Features From Its Health App 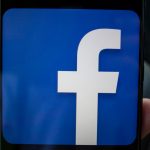