New Patent Images Of A Tri-Fold Galaxy Device Pop Up

Samsung is one of the handful of OEMs that are pushing forward on the foldable devices market. There have been rumors for a while of a triple folding device from the company. Now, thanks to LetsGoDigital, a new set of patent images of that tri-fold Galaxy device have come to light, and it sports an S Pen.

The images show that it can fold either inward or outward

Samsung applied for this patent back in September of 2020. The images show that the tri-fold Galaxy device will open to a more rectangular shape than the Galaxy Z Fold. When open, we see two crease lines running down the device. The two sides fold in to close it.

Based on the images, there may be one benefit that neither foldable has yet to offer: it’ll be able to fold either inward or outward. This means that the user could choose whether to have the screen lie on the inside or outside when closed. Having the screen on the insides adds more to the security of the screen, but you won’t be able to use it when closed. If you just want to use it in phone mode, you could have the screen on the outside. It’s like mixing the Galaxy Z Fold and the Huawei Mate X (1st version) together.

The tri-fold Galaxy device can accommodate the S Pen

With the S Pen held in place, there will be a pretty large gap in the middle. However, if the S Pen is not there, the screen will be able to close completely. This means that the hinge can close at multiple angles. This also means that the S Pen could be an optional addition if you’re not really into it.

There’s no telling if this phone is going to launch

Since these are only patent images, you should take all of this with a grain of salt. From what we know, this is only from a patent application. Samsung has not gotten the patent awarded just yet. The company has been teasing a Galaxy Z Fold and Galaxy Flip this summer. The tri-fold phone that we see in the patent images was originally planned to launch around the end of the year. It could happen- but then again, it could not. Only time will tell.

Samsung’s next Unpacked event is set to happen on April 28th. We could possibly hear more about this tri-fold device during the event, but that’s a huge “maybe.” 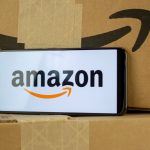 Shareholders Want Amazon To Hault Rekognition Sales, Since It Can’t Handle Its One Job 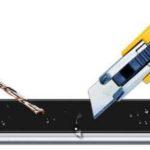 What to buy for Meizu M3 Note