The Samsung Galaxy S20 + looks to be coming with a display refresh rate of 120Hz.

The information comes from a new leak about the phone which showcases screenshots of the powered on display. The leak also mentions various other spec details, such as the display resolution, fingerprint scanner and more.

For example, in addition to the 120Hz display the screen resolution of the Galaxy S20+ will reportedly be 3200 x 1440 with a 20:9 aspect ratio. As for the screen size there still doesn’t seem to be a confirmation on how big it’ll be.

The ultrasonic fingerprint scanner is here to stay

Samsung appears to be sticking with the ultrasonic fingerprint scanner on the Galaxy S20+.

This is after rumors have speculated that the company may change things up and use an optical fingerprint scanner instead. If this turns out to be true, why Samsung made this decision is anyone’s guess.

But familiarity couldn’t be ruled out. Since Samsung already uses an ultrasonic fingerprint scanner on the Galaxy S10 series devices. It knows this particular component and it knows that it works.

It’s still unclear which ultrasonic fingerprint scanner technology Samsung is using. Meaning it could be using the same technology used in the Galaxy S10 series.

There are more benefits to having a 120Hz display on a phone than gaming. That said, gaming is one of the best reasons if not the best reason to have one.

A growing list of Android games that support 120Hz displays mean smoother motion clarity. Which translates to an overall better gaming experience. This will also put the Galaxy S20+ in league with devices that have the same refresh rate.

Such as the ASUS ROG Phone II or the Razer Phone 2. Beyond gaming, the 120Hz display will end up affording the user better motion clarity for just about anything else. Smoother scrolling, for instance, with less stuttering or lag. However minimal it may be on phones with a lower refresh rate.

It looks like Samsung will also be getting rid of the headphone jack. A feature which has been present on every Galaxy S phone so far. But, fewer and fewer phones in general when you look at a broad range of manufacturers.

This would also make sense as to why Samsung may finally be choosing to get rid of it. It already moved to no headphone jack with the Galaxy Note 10, too.

Samsung will unveil the next Galaxy S series phones officially on February 11.

What Are Android Apps? Everything You Need To Know
US Tries Again To Sway UK On Trusting Huawei For 5G Rollouts 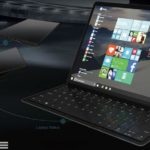 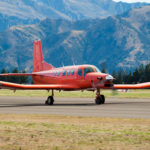 Chinese three-ton aerial truck AT200 made its first flight