Robocalls within the US have slowed but not dropped off entirely but a new Anti-Robocall Litigation Task Force led by Attorneys General Josh Stein of North Carolina, Indiana AG Todd Rokita, and Ohio’s Dave Yost may soon put a stop to the worst of it. That’s based on recently reported details about the task force, which will include Attorneys General from each of the 50 US states.

Haven’t carriers within the US already put a stop to robocalls without this task force?

Now, for clarity, the entities that the States’ Attorneys General are looking to rein in here aren’t the carriers themselves. Verizon, T-Mobile, AT&T, and others have already widely implemented STIR/SHAKEN. That has, in and of itself, tamped down on a significant number of robocalls.

Moreover, there are already plenty of apps to stop robocalls from coming through. Or at least a substantial number of those.

In spite of those efforts, though, providers continue to have issues with the calls. And, according to the most recent reports, that’s because of the middlemen on the network. Namely, the gateway providers and other telecom operators responsible for routing calls into the US from outside of the country.

According to the newly-formed task force, some of those are even intentionally letting bad calls through. Purportedly because they’re making a profit from it.

In fact, North Carolina Attorney General Josh Stein sued one such gateway provider, Articul8, as recently as January. The company had been routing more than 65 million calls to North Carolina alone.

The latest effort and the new task force will focus chiefly on efforts to prevent those kinds of robocalls from getting through, and in every state within the US. The group only indicated that “legal action” will be taken against entities but it hasn’t specified exactly what action will be taken. Presumably via lawsuits and the promotion of further legislation similar to STIR/SHAKEN. As has been the case in previous instances.

See also  If You Need A Gaming Headset, This Bose Deal Is Hard To Pass Up 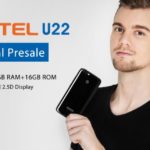 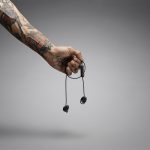