Niantic’s Ingress Getting Netflix Anime And A Sequel

Pokemon GO creator Niantic’s first game, Ingress, is going to be getting a spinoff anime on Netflix, along with a sequel called Ingress Prime, according to a report from Variety. Niantic CEO John Hanke spoke directly on the two new developments. According to him, the story within Ingress, the beginning of the animated series, and the introduction of Ingress Prime will all be closely intertwined. Hanke said that the studio learned a lot from both Ingress and Pokemon GO, and plans to make Ingress Prime more accessible and less “obscure” than Ingress, which is a game that he says is mysterious on purpose.

The new anime, simply titled Ingress: the Animation, focuses on two people within the storyline of the mobile game who have been given special powers by the exotic matter leaking into our dimension. The show will be headed up by animator Yuhei Sakuragi or Neon Genesis: Impacts fame, and Neon Genesis Evangelion art director Takeshi Honda. Fuji TV, meanwhile, will be helping the show along, and also helping Netflix with advertising and distribution. As for the new game, it will use all of the technological and game design prowess that Niantic gained from Ingress and Pokemon GO to deliver new gameplay features and a smoother experience for players. Story-wise, it will actually be happening parallel to Ingress, but in a different universe. It will be a retread, a reimagining of sorts, that paints familiar concepts and characters in a fresh light with a more engaging game and story around them. The story of the anime and the new game will run together, and while Hanke did not say so directly, it’s quite likely that the older game will follow suit.

READ  Before PS5: A Look Back at PlayStation’s Console History

Ingress Prime has been in the works for some time now, though it was originally thought of as an update to Ingress, or something that would entirely supplant it. This new information from Hanke gives the older game an upsized role in the franchise’s near future, calling its replacement into question. The studio recently acquired an AR startup, as well, which could mean that it plans to use a more advanced technological approach in creating Ingress Prime from the ground up, rather than laying the framework on top of Ingress as it did with Pokemon GO.

Reddit CEO tells user, “we are not the thought police,” then suspends that user
Sony Xperia XZ2 Premium Pre-Orders Open At Amazon 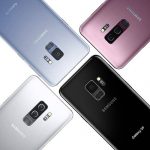 Redbox Brings Its Free Streaming Service to Roku & Other Platforms