Nintendo Is Releasing Its Mario-Themed Switch Console Next Month

Nintendo is gearing up to finally release the Switch console themed after its most iconic character, Mario.

The new limited edition Nintendo Switch features brightly hued reds, blues, and yellows to mimic the colors of Mario’s outfit. And it can be yours in the very near future if you’re one to collect this kind of stuff.

The Mario Red & Blue Edition Nintendo Switch will be the same cost as any other Switch variant. But the issue isn’t whether or not the console has a higher retail price tag. Rather, it’s an issue of whether or not you’ll actually be able to get one at retail cost right away.

The Switch, like the PS5 and the Xbox Series X, has been exceedingly challenging to find at normal prices. And that challenge is likely to go up with a more limited edition model like this one.

If you want a crack at this console, be ready to buy on February 12. Nintendo made the announcement about this version of the Switch going on sale via its UK Twitter account.

And since the UK is many hours ahead of the US, these will potentially go on sale late on the 11th here. Nintendo doesn’t confirm any actual times so if you’re actually interested in buying one of these consoles, your best course of action is to keep an eye on Nintendo’s social accounts to see if it eventually lists a time.

Leading up the release, it may offer up that information so consumers know exactly when to purchase.

It’ll be available at “select retailers”

Nintendo doesn’t say which retailers will be carrying the new console version. Just that it will be available at select retailers.

Those retailers are also likely to change depending on your region. So that’s something that’s worth keeping in mind. Also worth noting is that Nintendo doesn’t mention whether sales will be online only or not.

Though given the still current state of affairs, chances seem high that you’ll be trying to purchase one of these from the comfort of your couch.

When the sales go live the Switch will retail for $299. So if you can snag one before the scalpers attempt to snatch them all up, you won’t be paying a premium just to have a bright red Switch.

Poll: What do you think Apple’s ‘major new initiative’ on Wednesday will be?
You Can Replace Your Sonos Move Battery With This $69 Kit 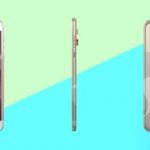 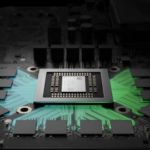 Disclosed specifications of the new console from Microsoft