An Android app shortcut for a YouTube Music feature known as ‘Offline Mixtape’ has disappeared. However, it’s unclear whether the removal was intentional or just a bug that will be patched soon. The feature can still be accessed via the app itself, and only the homescreen shortcut has disappeared for now.

As 9to5Google notes, the Search shortcut is still present in the homescreen arrangement. If you can still find the Offline Mixtape icon on your homescreen, it will likely go away the next time you force close the YouTube Music app.

This omission appears to be the result of a server-side change and not part of the recent app update. It’s worth reiterating that Offline Mixtape is still accessible, so your curated list of songs is safe. YouTube is yet to comment on the removal of this app shortcut.

Listeners can still access Offline Mixtape from the Downloads tab

Offline Mixtape brings a whole new level of convenience to the listeners. The feature allows listeners to save up to 500 songs (up to 2GB) at a time. It can be accessed from the Downloads section inside the Library tab on the YouTube Music app.

YouTube Music arrived somewhat late in the game, particularly compared to music streaming giants like Spotify. It is yet to stamp its authority on the streaming business, though it has garnered plenty of popularity since it first arrived on the scene.

Much to the surprise of many, there is still no YouTube Music app for Wear OS. But that could change soon, with Google saying it would bring the app to the wearable platform “later this year.”

In June, Google updated the Android Auto version of YouTube Music with a much-needed tabs interface. This replaced the UI that was referred to by many as cumbersome and even restrictive. The rest of the interface didn’t see any major changes in this particular update.

As for the Android app, we recently learned that YouTube Music might offer a new search section for offline downloads. This would make it easier for listeners to get to their favorite songs in an instant.

Finally The ASUS ROG Phone 3 Gets Served With An Android 11 Update
What’s New In Genshin Impact With Patch 2.0 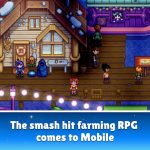 Stardew Valley Makes Its Debut On The Google Play Store 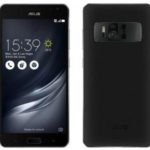 There is a choice: the best smartphone from China 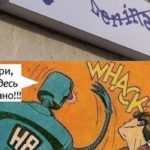 Artificial intelligence has learned to circumvent the protection of robots