The OnePlus 9 series won’t include a periscope camera. Not a single phone from the planned series will do so, which includes the OnePlus 9, OnePlus 9 Pro, and OnePlus 9E / 9 Lite.

This information comes from Max Jambor, a well-known tipster. He is usually spot on when it comes to OnePlus information, and chances are this time is no different. Max was getting a lot of questions regarding the periscope camera, so he decided to set the record straight on Twitter.

His information actually goes hand-in-hand with what a well-known Chinese tipster said at the end of last year. Digital Chat Station relayed the same information back in December.

So, the chances that one of these phones will include a periscope camera setup are non-existent. Even the leaked renders of the devices that surfaced shown camera modules without a periscope one included.

Based on the number of questions Max Jambor received on this topic, quite a few people are interested in periscope camera setups. Not many smartphones offer such setups, but they can be quite useful if implemented correctly.

The Galaxy S21 Ultra is the latest example of a well-implemented periscope camera setup. That is not something you’ll use often, but when you need it, it comes in handy. You can get usable shots up to 30x in good lighting, and it goes all the way up to 100x.

Having said that, the OnePlus 9 series is expected to up the ante in the camera department. The company’s CEO did tease a major improvement in that area, as the company’s upcoming flagship will have a heavy emphasis on camera performance.

READ  Raid The Streets Of Dalaran In Hearthstone's Latest Adventure

We’re guessing that the OnePlus 9 Pro will stand above the rest, though, of course. It will be interesting to see what is OnePlus planning this time around. The OnePlus 8 Pro was a major improvement over the OnePlus 7 Pro, so we’ll see what’s coming this year.

The OnePlus 9 series is expected to become official in March. We still don’t know when exactly, but stay tuned, more information is coming. 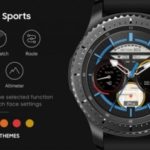 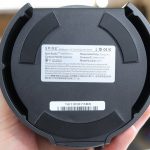