The OnePlus 9 Verizon return seems inevitable, and the upcoming smartphone’s also headed to T-Mobile. That’s according to a new leak detailing the backend of many OnePlus Settings app builds. Correct, someone was dedicated enough to decompile a beta app for a different device and rummage through its contents. The APK in question is the newest release distributed as part of the Open Beta 3 program for the OnePlus 8 range.

One credible report previously listed five OnePlus 9 models by their juicy codenames. The ones relevant to T-Mobile are the “lemonadet” and “lemonadept” – OnePlus 9 and OnePlus 9 Pro, respectively. Meanwhile, the “lemonadev” is believed to be the OnePlus 9: Verizon edition. Not that it will actually get any special branding, mind you. That’s at the very least unlikely to happen.

In any case, the aforementioned Settings app now points to some new “OnePlus VZW” device. Adding even more credibility to the rumored OnePlus 9 Verizon return. It also indicates that the “lemonadev” and other configurations bearing some version of the same codename are a flagship. A smartphone with a flagship system-on-chip from Qualcomm, to be exact.

The OnePlus 9 needs U.S. carriers more than the other way around

This latter observation is noteworthy because it adds credibility to the original OnePlus 9 report. Meaning it finally gives us something to cross-reference against the claims from the lemonade leaker. Lemonade stand? Anyway, the chances that either Verizon or T-Mobile would even pick up a mid-range OnePlus device were never too great, to begin with.

Of course, OnePlus will say that’s because they never wanted to launch the Nord in the U.S. Which is laughable at best and lacking context at worst. The latter meaning OnePlus knew the Nord has no chance to get featured by any stateside carrier, so it didn’t even ask. But it probably did. And the answer was negative.

READ  Grab The Ninja Air Fryer For Only $49

Despite enjoying some amazing momentum lately, OnePlus is nowhere near the size of e.g. Samsung. Which is the level of market penetration you need before worrying about cannibalizing your own flagship sales. The reason it didn’t bring the Nord to the U.S. is that Verizon, T-Mobile, and AT&T aren’t lacking in cheap things to peddle.

And as competitive as the Nord is, its price range means it comes with a razor-thin profit margin. Without carrier support, the Nord would have been dead on arrival in the U.S.

All things considered, when we hear Verizon and T-Mobile are planning for a new OnePlus device, there’s little reason to assume that handset will be anything but the very best the brand has to offer. And after today’s development, there’s even less. Regarding the OnePlus 9 in particular, it’s coming sooner than you think. 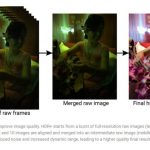 Waze Wants To Protect You & Your Car With Railroad Alerts 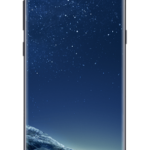