OnePlus entered the mid-range segment for the first time this year with the OnePlus Nord series. And the most affordable of the bunch, the OnePlus Nord N10 5G, is getting its first-ever system update.

Besides, both the OnePlus Nord N100 and N10 are yet to go online for sale. But the Chinese OEM has decided to roll out the first-ever system update for the latter.

For the unaware, both the phones are limited for users in Europe and the US only. It comes with a Snapdragon 690 5G chipset coupled with 6GB of RAM. Under the hood, it is powered by a 4,300 mAh battery.

The phone has a 6.49 inch 90Hz refresh rate display, and it offers onboard storage of 128GB. OnePlus Nord N10 5G comes with a quad-camera setup with a 64MP primary camera.

Moreover, Nord N10 costs £329 in Europe. The company managed to achieve this price by some trade-offs like LCD display in place of an OLED, and no in-screen fingerprint scanner, etc.

Apparently, the first system update for the device is live for the users in Europe. It arrives with build number OxygenOS 10.5.5. The update bumps the security patch level to October 2020.

Apart from the October 2020 security patch, the update also optimizes the power consumption and camera shooting experience on the phone.

This piece of information was shared by OnePlus on its official forum website. Although the update does not bring anything new to the table, it is nice to see the company optimizing and updating the security patch level before the device goes live for sale.

The update is still based on Android 10 OxygenOS 10. And there is no clarity as to when the OnePlus Nord N10 or any Nord device for that matter will pick up the Android 11 update.

We expect the updates to arrive on these mid-rangers by early 2021, as the next month is reserved for the Android 11 OxygenOS 11 update for OnePlus 7 series phones.

Notably, the update has been pushed via OTA in batches and will take some time in hitting all the units. However, we expect the update to be available on all the devices before it goes out for sale.

Honest Game Trailers | ‘Crash Bandicoot 4: It’s About Time’
The Icey makes any frozen drink with no ice, no blender and no mess! 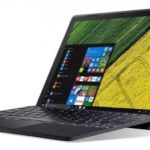 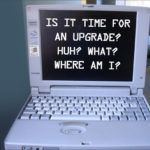 Do it yourself: a gaming PC without problems and jambs