There’s a lot of competition in the portable gaming space these days and you can add one more device into the mix with the ONEXPLAYER Mini Pro. The latest portable gaming PC from ONEXPLAYER that was just announced this morning. Interestingly enough, it shares the same announcement date as Logitech G’s G Cloud gaming handheld. Though the devices couldn’t be more different.

For one, the G Cloud Gaming handheld is designed specifically for cloud gaming. Though it does run on Android and can install Android games too. The ONEXPLAYER Mini Pro on the other hand is a full-on gaming PC. Just in a small handheld form factor. You can think of it like another rival to the Steam Deck. Though, to be clear, ONEXPLAYER has been making handheld gaming PCs for a little while now. This isn’t its first rodeo. And that bodes well for anyone that’s shopping for a handheld gaming PC.

Because not only do you still need to make a reservation to buy the Steam Deck, competition is usually a good thing. So what’s been improved in ONEXPLAYER’s latest device? Quite a bit, actually.

The latest iteration of the Mini Pro lets comes with some great improvements that should let gamers get the most out of their handle PC gaming experience. For instance, you can now adjust the TDP, fan speed, and GPU frequency of this device. This will let you fine-tune your games to look and perform optimally. And in the long run can help the device provide more stable temperatures and longer battery life, and bumps in frame rate.

ONEPLAYER also made some changes by adding new features too. The Mini Pro now has RGB lighting on the side that’s customizable. The device also now comes with hall sensor sticks instead of ALPS sticks to help prevent drift or dead zones. ONEXPLAYER also installed an HD Linear motor that it says can change the haptic feedback based on the scene. Like “feeling subtle vibrations from the horseshoes hitting the air in Elden Ring.”

Ok so the device sounds pretty capable and definitely grabs the attention. But let’s talk specs and of course, how much the device costs and where you can buy one. First, ONEXPLAYER is charging a limited-time price of $919 for the Mini Pro and you can pre-order the device starting today with a $50 deposit. That sounds like a lot, and it is, even compared to the 512GB Steam Deck. But that’s actually a lower price than the base version of the ONEXPLAYER Mini. And on top of that this new device comes with better specs.

It also only weighs 599g and comes with dual stereo speakers, WiFi 6 support, and Bluetooth 5.0 support. It sounds like a solid portable gaming setup on paper. Though it still has the same issue the Steam Deck does. And that’s battery life. But if you can get past that, you can pre-order one right now. That being said, regular retail pricing does increase the cost a bit. The 16GB RAM/512GB storage model will cost $1,199. While the 16GB/1TB model bumps up to $1,299. 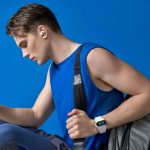 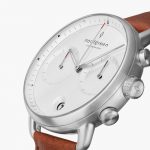 You Might See These Android Google Chrome Features Soon Enough