Earlier this year, Chinese phone OEMs Oppo and OnePlus combined forces after years of close collaboration. This merger was mostly to help OnePlus by giving it access to more resources and personnel. Now, according to Bloomberg, the merger resulted in Oppo having to cut 20% of its staff members.

One goal of the merger was to combine OxygenOS and ColorOS into one Android skin. This was to help OnePlus deliver faster software updates. We’re still waiting to see the results of this, but in the meantime, a lot of former Oppo employees are seeing different results from the merger.

Bringing these two companies meant that there were going to be more people than necessary for certain jobs. This resulted in many employees getting let go. 20% of the company’s staff is nothing to sneeze at, and Oppo hasn’t stated if there will be any additional cuts.

The cuts affected only certain departments

Oppo didn’t cut staff members at random; rather, the company lightened certain divisions. A part of the merger dealt with software, and the cuts affected the company’s software division. This makes sense, as it wouldn’t take full two teams to work on one Android skin.

The other affected department is an IoT (Internet of Things) department. This division deals with wearable tech like smartwatches and earbuds.

Neither company has really made a splash in the smartwatch market, especially with the OnePlus Watch’s poor launch. The decision to cut the wearables department may seem strange, as most people would expect those departments to require more employees.

Only Oppo cut its staff members, it seems

For the time being, it looks like only Oppo employees were given the axe and not OnePlus employees. Either OnePlus didn’t come out to say if any of their employees were let go, or Oppo simply decided to cut its own employees.

A likely reason for the Oppo-specific cuts might be the company’s current state. The company was stretched rather in recent years, according to Tarun Pathak, research director at Counterpoint. Oppo has put a lot of money into hiring employees and expanding into different markets. This could mean that it was more practical to cut employees on Oppo’s side.

We also can’t rule out the companies’ parent company, BBK Electronics; parent companies usually make the budget and staff cut decisions. BBK Electronics may have given the order to cut the staff. Hopefully, Oppo and the cut staff members will be able to land on their feet. 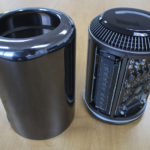 Apple: we are working on a new Mac Pro 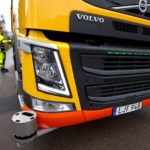