Move over, Samsung, The Galaxy Z Fold 4 and Flip 4 aren’t the only foldable phones using the latest and greatest from Samsung. According to Pricebaba, the next Oppo Find N foldable phones will use the new Snapdragon 8+ Gen 1.

With all of the excitement around the latest Galaxy foldable phones, it’s easy to forget that other companies also make foldable phones. Motorola just announced its latest Razr phone and Xiaomi is also bringing a foldable phone to the market. Unfortunately, there’s just not much competition in the market, as Samsung owns the foldable phones market.

While Samsung’s foldable phones are the most popular, other companies were able to create their own compelling foldables. Oppo introduced its first back last year called the Oppo Find N. It’s much shorter and boxier than the Galaxy Fold of that year. This is something that people actually liked, as the outer display was more usable.

Now, the company is working to bring a pair of new foldable phones to the market. They will be called the Find N Flip and the Find N Fold when they launch. Notably, these new Find N phones are expected to be powered by the new Snapdragon 8+ Gen 1 SoC.

Right now, that chip is about the most powerful mobile on the market for Android phones. This means that these phones will have as much power as they need to do anything.

Right now, details on this duo of phones are extremely scarce. Rumors point to these phones launching sometime in the Fall. This means that it could possibly launch earlier or right around the time of the first Oppo Find N. That phone launched back in December of 2021.

We will get more information on these devices as the months roll on. Hopefully, they’ll be worthy competition for the newly-released Galaxy Foldable phones. 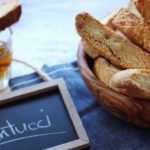 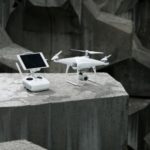