OUKITEL Y4800 Gets Compared To The Xiaomi Redmi Note 7: Video

The video itself has a duration of four and a half minutes, and it is embedded down below. The company focuses on the design of the two devices in this video, while it also compares their displays. OUKITEL will give you a rundown of the two camera apps that come pre-installed on these two devices, while you will also get to see some camera samples here.

Both of these phones ship with a 6.3-inch fullHD+ displays, which is yet another reason why they are pitted one against the other. The two devices also have a similar camera setup on the back, as they both come with 48 and 5-megapixel units. Another similarity between the two comes to overall build, not to mention that both have a capacitive fingerprint scanner on the back.

Displays on these two phones will be sharp enough for the vast majority of people, and both devices utilize LCD panels, in case you were wondering. They both seem to be optimized well enough, though, at least based on what we could see in this video, though the camera doesn’t really do those displays justice, so keep that in mind.

Camera applications are also not that different, both allow you to switch between modes by either swiping left and right, or simply tapping on one of the modes offered on the display. Other camera UI elements are quite similar as well.

As far as cameras go, based on the samples OUKITEL released, the Y4800 actually managed to take better advantage of its dual camera setup on the back, as the pictures were noticeably sharper. Not a single low light photo was shared, though, but you can check out a slow-motion video sample, if you want.

Both of these phones have tiny notches at the top of the display, the OUKITEL Y4800 opted for a waterdrop notch, while the Redmi Note 7 sports a dewdrop notch. A thin “chin” is present on both devices as well.

The OUKITEL Y4800 was actually introduced quite recently, and the phone does have a pretty compelling spec sheet considering its price points. Aside from what we’ve already mentioned, the device is fueled by the MediaTek P70 64-bit octa-core processor, while it comes with 6GB of RAM and 128GB of storage.

The device includes a 4,000mAh battery, while it supports 5V/2A fast charging. Android 9 Pie comes pre-installed on the device, while the phone weighs 170 grams. The OUKITEL Y4800 was announced in a single color variant only, Jet Black, though it is possible that OUKITEL plans to offer more color variants in the near future, we’ll see. If you’d like to know more about the device, click the link down below.

Spärkel will instantly infuse and carbonate your home-brews without a CO2 tank
Report: DOJ officials want T-Mobile and Sprint to create a new competitor as part of merger 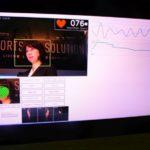 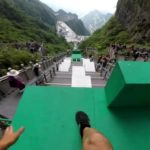 Parkour on the descent length of 3 football fields