A recent report has demonstrated that smartphone shipments in 2020 were down almost 10%. As reported by Digitimes, global shipments fell by 8.8% during the calendar year largely due to the disruption caused by the global pandemic.

This report does not come as much of a surprise to anyone as we have been seeing these sort of reports coming out throughout the year. Much of this has also been confirmed over the last few weeks.

Samsung reported its lowest smartphone shipments in nine years. The company’s hipped 189.4 million mobile phones globally by the end of Q3 2020. This led to an expected forecast for the year of around 270 million smartphones. This means 2020 was the first year the company failed to reach 300 million shipments since 2011.

However, it is not all bad news for smartphone companies going into 2021. As mentioned, the pandemic caused most the decline in shipments which means most companies expect a bounceback in 2021.

One report suggests smartphone companies can expect up to double-digit growth this year. The forecast predicts that the rapid expansion of 5G networks and subsequent demand is likely to drive this growth into the new decade.

The report suggests that due to the demand for 5G products this growth will likely become sustained over the next few years into the middle of the decade.

However, this does not take away from the dismal performances in smartphone shipments for 2020. An 8.8% decline is still deeply troubling and caused many concerns across the industry.

The overall number of smartphones shipped for 2020 was 1.24 billion but significantly down on last year. However, as mentioned 5G provided a shining ray of hope for smartphone companies.

Countering the market trends, demand and shipments of 5G-enabled devices in fact grew in 2020. Shipments reached as high as 280-300 million units. This demonstrates a 20 million units increase from the previous year.

The majority of the decline was seen in the first half of 2020. Up to March, the sector observed a 20% decrease year-on-year followed by another double-digit decline in the second quarter of the year.

Samsung Electronics, Apple, Huawei, Xiaomi, Oppo and Vivo make up the top six smartphone brands for 2020. Samsung and Huawei saw their shipment numbers drop but over 10%.

However, Apple and Xiaomi were able to buck in industry trend and increase their respective shipments by over 10% in 2020. A remarkable effort which serves to demonstrate there is still plenty of life in this sector stoking hopes for am much better 2021 and beyond. 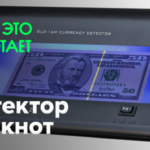 How does it work? | Banknote detector 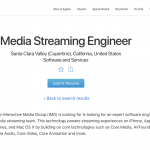 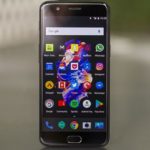 Whether OnePlus 5T is more expensive than its predecessor?