These two phones are extremely similar when it comes to the design, but their specs are a bit different. The Google Pixel 4a 5G is definitely a more powerful smartphone, but the question is, do you really need it? Is it so much better that it justifies a higher price tag, or can you simply get the Pixel 4a and get away with it. The answer to that question is not exactly simple, of course. There are a number of things that need to be taken into account here. Also, different people have different needs.

These two phones are not only different in terms of their internals, but their size as well. That is also something that needs to be taken into account. As per usual, we’ll compare the two phones across a number of categories. We’ll start off by listing their specs, and then move to the design, display, performance, battery, camera, and audio sections. There you have it, let’s kick off the Google Pixel 4a vs Google Pixel 4a 5G comparison, shall we.

In terms of the design, these two devices are extremely similar. Both of them are made out of polycarbonate (plastic). The Google Pixel 4a 5G is larger, though, and it has a larger camera module on the back, as it houses two cameras back there. Other than that, the two devices look basically the same. Both of them feature a flat display with a camera hole in the top-left corner. Both also offer really thin bezels, and their physical keys are placed on the right side.

The power / lock key sits above the volume up / down buttons on both devices. Google’s branding is placed on the back, as is a fingerprint scanner. The camera modules sit in the top-left corner on the back side of both phones. The Google Pixel 4a has a single camera there, in addition to an LED flash, while the Pixel 4a 5G houses two cameras, and an LED flash. Both of those camera modules do protrude on the back, a bit.

The Pixel 4a is the lighter of the two devices, by about 25 grams, which is noticeable. It is also shorter and narrower than the Pixel 4a 5G, while the two devices are equally thick. The Google Pixel 4a is a considerably smaller device, so if you prefer smaller phones, that’s the way you should go. The Pixel 4a 5G is for those of you who want a somewhat larger phone, even though it’s not huge by any means. It also has a benefit of a larger display, of course.

So, they’re basically identical displays, but they’re different in size. The only question you should ask yourself here is… do I want a smaller or larger display. The Pixel 4a is one of the best compact phones in the market at the moment, so if you prefer smaller devices, there you go. The Pixel 4a 5G is for those of you who want more screen real estate, even though that display is not huge.

In terms of the general quality of these two displays, well, they’re pretty good. The colors are punchy, blacks are deep as you’d expect, and the viewing angles are really good as well. There’s not much to complain here. I always say that we don’t need more than fullHD resolution on smartphones, and that’s still something I stand behind. You will not notice any pixelation on these two panels, you won’t even come close to it. They’re extremely sharp. The lack of a high refresh rate is a shame, but these are budget phones, so… that is to be expected.

The Snapdragon 730G will perform just fine. It runs Android 11 on the Pixel 4a like a champ, and even though an occasional stutter may occur, that’s not something that will bother many people. The Snapdragon 765G will see less of those stutters, and also do a better job running graphically-intensive games. If you’re worried about performance, and want to get the better of the two, the Pixel 4a 5G is the way to go.

Still, as I mentioned, both perform admirably. As long as you’re not too demanding in that regard, you’ll hardly have complaints here. If you’re a real stickler for performance, and want the best of the best, neither of these phones is for you. You should look for something specced out, with the Snapdragon 865, like the Galaxy S20 FE, or the upcoming OnePlus 8T. These two phones (Pixel 4a and Pixel 4a 5G) are not spec beasts, but they are excellent performers regardless.

In terms of battery life, both of these phones are quite good. The Google Pixel 4a comes with a 3,140mAh battery pack, but its display is considerably smaller than the one on the Pixel 4a 5G. The Pixel 4a 5G sports a 3,800mAh battery pack. Both phones should provide more than enough battery life for most users, in order to avoid charging in the middle of the day. With regular use, you should be able to get over 6 hours of screen on time on both phones. Your mileage may vary, though, due to different uses, signal reception, and so on.

Now, when it comes to charging, they’re identical in what they offer. Both smartphones offer 18W fast wired charging, while wireless charging is not offered by either of them. They do support USB Power Delivery 2.0, in case you were wondering. It is also worth noting that reverse charging is not available, and the same goes for reverse wireless charging. So, they’re pretty limited in that regard, but that’s to be expected at those price tags.

Google has opted to utilize the same main camera across all three Pixel phones this year. The Google Pixel 4a, 4a 5G, and 5 feature a 12.2-megapixel main camera, with the exact same sensor and lens. That is the same camera that Google has been utilizing for years now, and it’s still an excellent performer, mainly thanks to Google’s software. The Pixel 4a 5G does have a secondary camera on the back, though, unlike the Pixel 4a.

READ  Facebook Given Rare Vote Of Confidence From Major Investor

The Pixel 4a 5G sports a 16-megapixel ultra-wide camera on the back as well. That is the same unit that Google used on the Pixel 5. It should offer you a much wider field of view, and allow you to take some great landscape shots. Do note that Google’s software magic works on that camera as well, and that goes for both daytime and nighttime. Both phones include the same 8-megapixel camera on the front, and its performance is also quite good, but not great.

Now, both of these phones can provide some great-looking photos, which are very clear, sharp, and offer a lot of detail. The dynamic range is excellent, and these two are amongst the best phones for low light in the market. That is a bit odd to say for such an affordable device, but there you have it. Google has once again managed to squeeze out the best out of this camera sensor, and we do believe that it will upgrade next year. Oh, and the ultra-wide camera on the Pixel 4a 5G cannot measure up to the main sensor, but it still manages to take great-looking shots.

In terms of audio, there’s really not much to complain here. Many phones in this price range either don’t offer stereo setups, or offer really bad stereo setups. Well, these two phones offer the exact same audio output, and it’s quite good, actually. Those speakers do get plenty loud, and the distortion is barely noticeable at the very highest of volumes. The speakers are really good, period.

When it comes to audio through a good pair of headphones, well, there’s room for improvement. Still, they do offer really solid audio experience across the spectrum, even though the bass could be a bit better. We won’t complain much, though, as we were pleasantly surprised in this regard. This is something you don’t usually get out of budget smartphones, so it’s nice to see Google included compelling audio here. 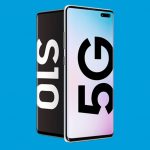 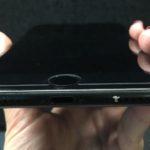 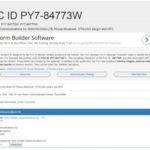