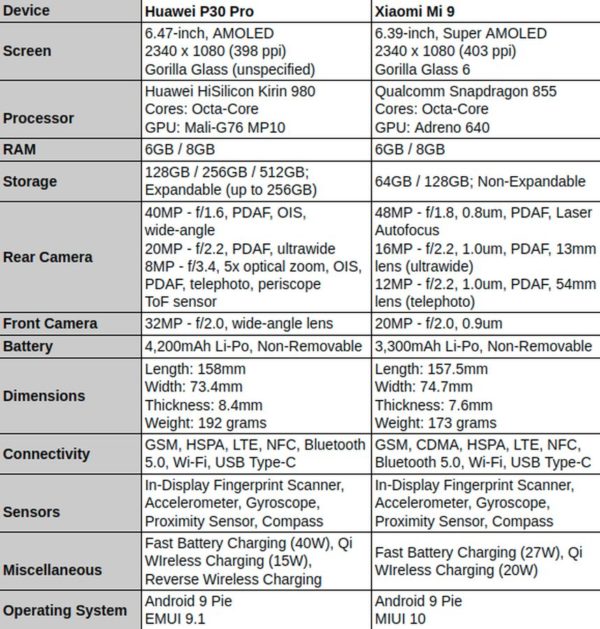 When you think of China’s most popular smartphone manufacturers, both Huawei and Xiaomi are probably at the top of your mind. Both of these companies had released really compelling flagship smartphones recently, the Huawei P30 Pro and Xiaomi Mi 9, and we’re here to compare them. Huawei had also introduced the P30 which is closer to the Mi 9 in terms of pricing, in fact, it’s considerably more expensive than the Mi 9, but the P30 Pro is the best Huawei has to offer now, and it’s closer to the Mi 9 in terms of dimensions, so we’ll compare those two phones here. The price difference between these two phones is huge, but we’ll talk about that later on, let’s kick things off with specifications, as per usual.

The Huawei P30 Pro and Xiaomi Mi 9 are actually really similar when it comes to the design. Not only are both phones made out of metal and glass, and sport a similar curve on the back, but they both include an extremely thin “chin” below the display, and a tiny display notch. That’s not where similarities end, though, as both phones also have triple camera setups on the back, and those cameras are basically located in the same place on both devices, in the upper-left corner of each phone. The top and bottom of the Huawei P30 Pro are flatter than those portions of the Mi 9, so the design is at least somewhat different.

Rear camera setups on both phones protrude a bit, while both devices offer displays with rounded display corners. The P30 Pro’s display is also curved, while the Mi 9’s is not, but it does come with a 2.5D curved glass on top of it. Interestingly enough, physical buttons are also included in similar places on both phones, on the right side of each phone. Both devices include dewdrop display notches out of the box, though Xiaomi did push an update which alters that dewdrop display notch to a waterdrop notch, even so, it’s still extremely tiny. The two phones are also quite similar in terms of dimensions, they’re almost the same height, while the Mi 9 is about a millimeter wider than the P30 Pro, and also about a millimeter thinner. Considering all of this, it’s basically impossible to choose one of the two as a winner, they’re simply too similar in this regard.

The Huawei P30 Pro and Xiaomi Mi 9 are actually really similar in the display department as well. Both of these phones come with OLED panels, and even their resolutions are the same, though sizes are a bit different. The Huawei P30 Pro comes with a 6.47-inch fullHD+ (2340 x 1080) OLED curved display, while the Xiaomi Mi 9 includes a 6.39-inch fullHD+ (2340 x 1080) Super AMOLED unit. Both phones offer a 19.5:9 display aspect ratio, and the P30 Pro is a bit narrower despite the fact it has a larger display, mainly because its display is curved on the sides. It is also worth saying that the P30 Pro offers a slightly higher screen-to-body ratio, 88.6-percent compared to 85.2-percent on the Mi 9.

As far as the general quality of these two displays is concerned, well, they’re both great, and extremely similar in terms of output. Both devices are more than sharp enough, and not even pixel peepers will be able to spot individual pixels here. Both displays offer those deep blacks, thanks to the fact they’re OLED panels, and both are quite vibrant out of the box, even though you have options (in software) to tweak them both to your liking. We did not notice any distortions on either of the two displays, while viewing angles are also really, really good. Both of these displays belong amongst the best fullHD+ OLED panels out there, which is saying a lot.

Both of these phones are true powerhouses, as it should be, considering they’re the most powerful smartphones from their respective manufacturers. The Huawei P30 Pro comes with Huawei’s most powerful processor, the Kirin 980, while the Xiaomi Mi 9 utilizes Qualcomm’s most powerful offering, the Snapdragon 855. That, combined with 6GB or 8GB of RAM (depending on the model you get), really optimized software, and “only” fullHD+ resolution displays, results in great performance in both cases.

Both the Huawei P30 Pro and Xiaomi Mi 9 can breeze through basically anything you throw at them, be it multitasking a ton of applications, consuming media content, or gaming, chances are that neither of these phones will skip a beat. This is to be expected considering their current status, and the fact they’re brand new, but it remains to be seen how well will they age, of course. Both Huawei and Xiaomi have immensely improved their software in the last couple of years, so both EMUI and MIUI are supporting such powerful hardware with no issue. This is yet another category that is extremely close, and you should not worry about performance on either phone, at all.

The first noticeable difference between these two phones comes in the battery life department. As already mentioned, these two phones offer similar display size, but despite that, the Huawei P30 Pro’s battery capacity is much higher than the Mi 9’s. The Huawei P30 Pro comes with a 4,200mAh non-removable battery, while the Mi 9 includes a 3,300mAh non-removable unit. Now, we cannot really judge battery life based on capacity alone, but actual usage reflects this different, unfortunately for Xiaomi. Not to say that the Mi 9’s battery life is not good, or anything of the sort, this battery size combined with the Snapdragon 855 is actually able to provide good battery life on the Mi 9, but only average, unfortunately.

The Huawei Mate 20 Pro shipped with the same 4,200mAh battery that is included in the P30 Pro, and it offered a higher display resolution. Despite that, the Mate 20 Pro was amongst the best battery life smartphones out there, and the P30 Pro is not a slouch in this department either, quite the contrary. The Huawei P30 Pro can provide you with plenty of battery on a daily basis, and even though we did not have the opportunity to conduct detail tests just yet, initial impressions are more than positive. The Huawei P30 Pro takes the battery life category here, no doubt about that.

During the Huawei P30 Pro’s announcement, the company actually focused quite a bit on the phone’s camera setup, and for a good reason. The Huawei P30 Pro is one of the best, if not the best camera smartphone out there at the moment, and while the Xiaomi Mi 9 is not bad in this area, at all, it cannot really measure up to the P30 Pro. Camera setups on these two phones are considerably different, two out of three sensors (not counting the ToF sensor) on the back of the P30 Pro come with OIS (Optical Image Stabilization), while neither of the Mi 9’s offer OIS. The Mi 9 is actually really capable of providing great images and video despite that, somehow, so don’t let that discourage you.

Both phones come with wide, ultrawide, and telephoto lenses on the back, but the P30 Pro also offers a periscope camera system, which is capable of zooming in, really, really far, either by utilizing optical, hybrid, or digital zoom, depending on how far you want to zoom in. The Mi 9, on the other hand, offer regular 2x optical zoom thanks to its telephoto lens. The two devices are comparable during the day, when both regular and wide-angle shots are concerned, but the P30 Pro has an advantage in terms of zoomed-in content, that goes for all conditions. In low light, the P30 Pro definitely has an edge over the Mi 9 when it comes to images, in pretty much every situation.

The Huawei P30 Pro is limited to 30fps 4K recording, while the Mi 9 offers 60fps 4K recording. In both cases, fullHD recording at 60fps is much more compelling, and chance are that both devices will satisfy your needs in this regard, be it regular light or low light, even though the P30 Pro is a bit better in low light when it comes to video as well. Selfie cameras on both phones are fine, nothing to write home about. So, all in all, the P30 Pro is a more compelling camera smartphone, no doubt about that, but the Mi 9 is not bad in this regard, by any means.

Aside from everything we’ve already mentioned, it’s also worth noting that neither of these two phones offers a 3.5mm headphone jack. Both devices come with a Type-C USB port, and the Huawei P30 Pro allows for storage expansion, while the Xiaomi Mi 9 does not. The Huawei P30 Pro is also IP68 certified for water and dust resistance, which is not something the Mi 9 can say for itself. Considering everything we’ve mentioned in this article, it’s hard not to give this one to the Huawei P30 Pro, even though the Mi 9 is on par with the P30 Pro in some ways. It is also worth noting that the Huawei P30 Pro is considerably more expensive than the Mi 9, so it’s up to you to decide whether that huge price gap is worth it for you, as both of these phones are extremely compelling. 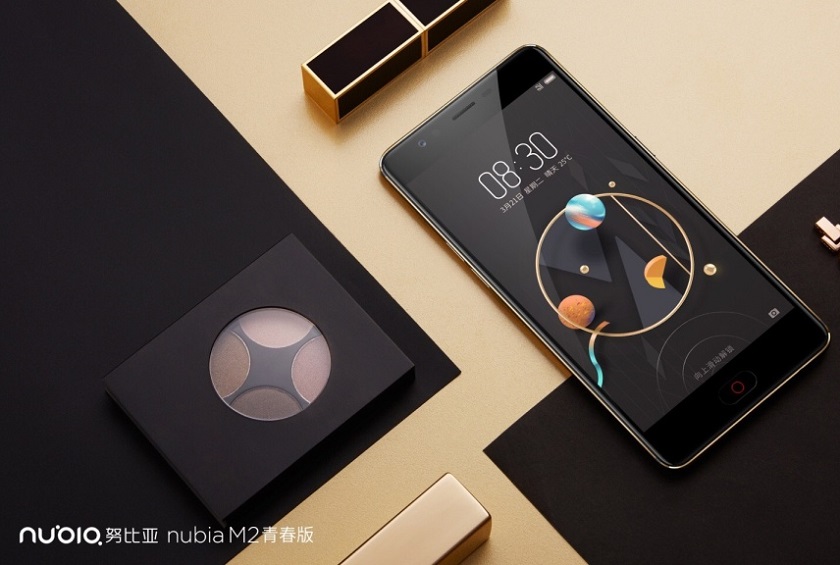 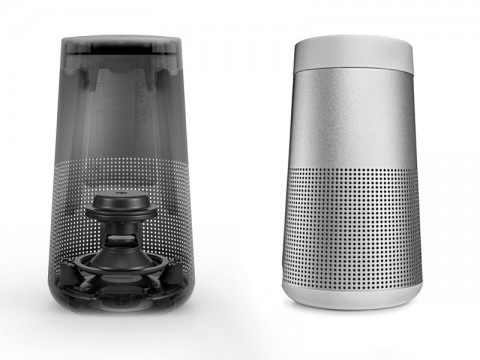 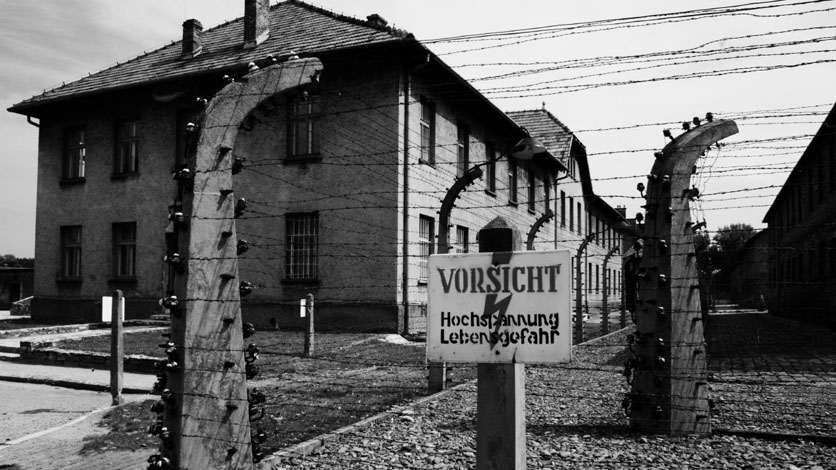 The “bread” that changed the world: 40 years of the legendary Commodore 64