These two phones do have a lot in common, which is completely unsurprising. There are some differences worth noting, though, as OnePlus did cut costs with the OnePlus 10T. Despite that, however, the 10T still has a better SoC, and faster charging. All in all, it’s an interesting device. We’ll kick things off by listing the specs of these two phones, and will then move to other categories, such as design, display, performance, and so on.

If you check out these two phones side-by-side, you’ll immediately notice the resemblance. That’s no coincidence, of course. They do feel a bit different in the hand, but it’s obvious they’re siblings. Their backplates have a different in-hand feel, while the 10T comes with a flat display, so it’s easier to hold, in a way, despite the fact it’s wider. They’re equally tall, while the OnePlus 10T is slightly thicker and heavier. Both do weigh slightly over 200 grams.

They look very similar from the front and the back. The obvious giveaway is the display curvature, and the location of an LED flash on the back. Both include a display camera hole in the top-left corner, by the way. An alert slider is present on the OnePlus 10 Pro, on the right side. The same cannot be said for the OnePlus 10T, however. OnePlus decided to ditch the alert slider here.

Neither phone is really made for one-hand use. They’re both quite large, though do note that the OnePlus 10T offers more grip. The OnePlus 10 Pro is narrower, so that’s a plus, but it also includes a curved display. So chances are you’ll be using one-hand mode on the devices, a lot, well, when you decide to use them with one hand.

Do note that the OnePlus 10 Pro is IP68 certified, while the OnePlus 10T does not have official IP certification. It should be fine if you get caught in the rain, though. Another thing to note is that both phones include optical in-display fingerprint scanners, and that both are quite fast and accurate.

Both devices do feature 6.7-inch displays, but those panels are different. The OnePlus 10T features a fullHD+ (2412 x 1080) Fluid AMOLED display with a 120Hz refresh rate. That display is flat, and it supports HDR10+ content, while it can project up to 1 billion colors. The OnePlus 10 Pro includes a QHD+ (3216 x 1440) LTPO2 Fluid AMOLED display which projects up to 1 billion colors.

This display offers a 120Hz refresh rate, though it is adaptive. The OnePlus 10 Pro offers a curved display, and it gets quite bright at up to 1,300 nits of brightness. You can reach this brightness in auto mode only, in manual mode you’ll get to 800 nits max. This panel is protected by the Gorilla Glass Victus, while we’re still not sure what protection lies on top of the OnePlus 10T. We know it’s Gorilla Glass, but don’t know what version exactly.

The OnePlus 10 Pro panel is definitely more advanced. It’s more expensive, and it looks better on paper. Is there really a huge difference between them in use, though? Well, no. The OnePlus 10 Pro display does get brighter, and it should technically be better with battery consumption, especially if you lower the resolution. They’re both really vivid, have excellent viewing angles, and both are silky smooth thanks to the refresh rate. They also have a great touch response.

See also  How ‘Star Trek: Bridge Crew’ Gets a Boost from Oculus Quest

OnePlus phones have always been amongst the smoothest smartphones on the market, performance-wise. That’s no different this time around. Both can chew threw anything you throw at them with ease, and that goes for gaming as well. OnePlus’ gaming features do help, of course. It did seem like the OnePlus 10T gets less warm during usage, but it could be just the placebo effect. Neither phone gets too warm, even when you’re gaming, even though that will raise the temperature, of course. We don’t really have any complaints in terms of performance.

The OnePlus 10T includes a 4,800mAh battery, while the OnePlus 10 Pro features a 5,000mAh unit. Battery capacity is not everything, of course. In fact, the OnePlus 10T does offer better battery life, considerably better. The Snapdragon 8+ Gen 1 and lower res display obviously play a part here, in addition to OnePlus’ optimizations. During our review, we were able to get 10 hours of screen on time on the device, several times, which is absolutely insane.

Truth be said, gaming was not a big part of it, but a lot of YouTube was, along with various other apps. All in all, it has some of the best battery life numbers out there, if not the best. The OnePlus 10 Pro battery life is not bad at all, but it cannot compare to the OnePlus 10T. You may be able to get 6.5-7 hours of screen-on-time with the OnePlus 10 Pro, at least that’s where we were at.

See also  The Best Android Phones For Gaming And Entertainment

On top of everything, there’s no Hasselblad branding here, nor the company’s influence. Now, let’s start with the worst part, the macro camera. A 2-megapixel camera should not exist on smartphones anymore, let alone high-end ones. The pictures really don’t turn out that well unless there is a ton of light in a shot, and even then it’s not difficult to mess things up. The ultrawide camera is not that bad, but it’s not as good as the one on the OnePlus 10 Pro, not even close.

You will not find a 3.5mm headphone jack on either of these two phones. That’s not surprising at all. What you will find, however, are stereo speakers. They actually sound really similar, OnePlus probably used identical speakers inside both phones. They do offer a rather full sound, which is well-balanced. The vocals are clear, and the distortion is minimal. They’re not the best out there, but they’re good enough. They’re both equipped with Bluetooth 5.2, by the way, which is good, of course.

Are Google Calendar Goals Up Next On The Chopping Block?
Google Meet Might Let You Play Games And Music During Meetings 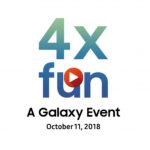 Insides #1000: iPhone 8, Chromebook with Google Assistant, and the big anniversary of the rubric