Both of these phones are excellent choices at their price points, but there are quite a few differences between them. We’ll try to point some of those out in this comparison, though do keep in mind this is not a review or anything of the sort. The Galaxy S20 FE review is on the site, while the Mi 11 review is coming soon. Having said that, we’ll kick things off by listing their specs, and will then move to a number of other categories.

Even though it may seem like both of these devices are made out of metal and glass, that’s not exactly true. The Xiaomi Mi 11 does come with a glass back (a leather back variant is available in China), along with a metal frame. The Galaxy S20 FE, on the other hand, combines its metal frame with a plastic backplate. Its plastic backplate feels really good, though, and considering it’s plastic, it’s more resistant to drops. Chances are that the Mi 11’s glass will shatter before that plastic backplate will, that’s for sure. The difference is worth noting, though.

The Xiaomi Mi 11 also comes with a curved display, while the panel on the Galaxy S20 FE is flat. The Mi 11 includes a display camera hole in the top-left corner, while the one on the Galaxy S20 FE is centered. Bezels are really thin on both devices. Their rear camera setups are placed in the top-left corner, though those camera housings look considerably different in comparison. Brandings can also be found on the back.

The Xiaomi Mi 11 is taller than the Galaxy S20 FE, which is to be expected as it has a considerably larger display. The width is almost identical, while the Mi 11 is thinner than the Galaxy S20 FE. Xiaomi’s flagship is a bit heavier than what Samsung has to offer, though the difference between them is only a couple of grams. Both smartphones are quite slippery, though the Mi 11 seems a bit more slippery, and it’s also a bit more difficult to use in one hand. Its curved display and side have something to do with it, that’s for sure. Both phones feel quite premium, so it’s all a matter of preference.

The Xiaomi Mi 11 comes with a huge 6.81-inch display. It is a WQHD+ (3200 x 1440) AMOLED panel with 1 billion colors, and it supports HDR10+ content. That display offers an adaptive 120Hz refresh rate, and it gets quite bright, 1,500 nits is its peak brightness. The display on the Xiaomi Mi 11 is curved, and it is protected by the Gorilla Glass Victus, the latest offering from Corning.

The Samsung Galaxy S20 FE, on the other hand, comes with a 6.5-inch fullHD+ (2400 x 1080) Super AMOLED panel. That is also a 120Hz refresh rate display, but its refresh rate is not adaptive. This panel does support HDR10+ content as well, and it also gets quite bright, though not as bright as the Mi 11’s unit. Needless to say, the Xiaomi Mi 11’s display is superior to the Galaxy S20 FE’s, at least on paper.

What it’s like in real life? Well, displays on high-end smartphones have gotten so good, that most people won’t really notice the differences, nor will care about them. The Xiaomi Mi 11’s display is brighter, though, and even though many of you won’t notice the difference in resolution, it is sharper when set side by side. It simply looks richer, in lack of a better word. The viewing angles are excellent on both displays, while the colors are punchy, and the blacks are deep, as they should be on AMOLED displays.

When it comes to performance, well, both have a lot to offer. Let’s talk about specs first, real quick. The Xiaomi Mi 11 comes with a superior Snapdragon 888 SoC, the latest and greatest chip from Qualcomm. The Galaxy S20 FE, on the other hand, includes the Snapdragon 865 SoC, the Snapdragon 888’s predecessor. Both of those chips are immensely powerful, and are overkill for regular day-to-day tasks.

Both phones come with plenty of RAM, and both include UFS 3.1 flash storage, that definitely helps with performance. The Mi 11 comes with Android 11 pre-installed, while the Galaxy S20 FE is upgradable to Android 11, at least in some regions. Having said that, their custom UIs do make a difference in usage, but both phones perform admirably. Both MIUI and One UI are well-tuned by the two companies, and complement the powerful hardware.

Both of these devices can handle anything you throw at them, and they’ll handle it with grace. Regular everyday tasks are a breeze for both of these phones. Tasks such as multitasking, opening / closing apps, taking pictures and videos, browsing, and so on. You won’t notice much difference in such tasks. They both can run the most demanding games as well, though the Mi 11 will launch them a bit faster, and is technically a bit more powerful in that regard. Both will run games just as well, though. The Mi 11 should also be a bit faster when it comes to video processing, but not by much. All in all, they’re both excellent performers.

The Xiaomi Mi 11 comes with a slightly larger battery than the Galaxy S20 FE, despite the fact it has a lot larger display, and a higher-res one as well. We’re looking at a 4,600mAh battery here, while the Galaxy S20 FE includes a 4,500mAh battery. Do both offer good battery life? Well, yes, they do. Both of these phones offer really good battery life, though neither of them breaks any records.

Most of you should be able to cross that 6-hour screen-on-time mark with these two devices. Despite the fact that the Galaxy S20 FE has a smaller display and a lower-res one, the battery life provided by these two phones should be similar. They offer really good battery life, but not to the extent of the Galaxy S21 Ultra or Google Pixel 5. Based on your usage, you’ll get considerably different numbers to what we’ve seen, so… this is really a difficult aspect of a phone to talk about.

These two smartphones have considerably different camera sensors. The Xiaomi Mi 11 relies on a 108-megapixel main camera, compared to a 12-megapixel one on the Galaxy S20 FE. That does not automatically mean better pictures, though, of course. Both phones do offer ultra-wide cameras, while the Galaxy S20 FE also comes with a telephoto camera. The Xiaomi Mi 11 decided to include a macro camera instead of a telephoto one.

Having said that, both smartphones are really good in the camera department. The images they provide are different, though. Both phones tend to saturate images a bit more than what you’d consider natural, but to be quite honest, such touches make them look more alive, and better for most people. The Galaxy S20 FE does it a bit more frequently than the Mi 11, but it all depends on the image.

The dynamic range is excellent on both phones, and it’s a tossup between them, depending on the shot. They both hold their own in low-light environments, and can provide some excellent-looking shots. The Galaxy S20 FE tends to be a bit more aggressive when it comes to keeping noise out of images, which is why the Mi 11 tends to keep a bit more detail in low-light environments. Ultra-wide cameras are really good on both phones, though they shine a lot more in daylight situations. Both phones offer really good, flagship-level cameras, and even though they’re not the best around, they’re excellent.

When it comes to audio, both phones are excellent, to say the last. Both phones offer stereo setups, though they’re a bit different. The main speaker is located at the bottom of each phone, and it’s bottom-facing. The secondary speaker is front-facing on the Galaxy S20 FE, while it’s top-facing on the Xiaomi Mi 11. Regardless, both smartphones offer rich sound from those speakers. The Xiaomi Mi 11’s are tuned by Harman Kardon, while the Galaxy S20 FE’s are tuned by AKG.

The distortion is basically not noticeable, while you’ll get rich sound from both phones. We don’t have a single complaint here, though do keep in mind that these are smartphone speakers, so don’t expect miracles. The sound via a good pair of headphones is also good, across the spectrum. It’s nothing to write home about, but it’s good. Neither of the two phones has a 3.5mm headphone jack, though, so keep that in mind.

Tiny Home setups that prove why micro-living will be the next big trend: Part 6
Billie Eilish teaming up with Apple Music for live performance ahead of documentary debut on TV+ 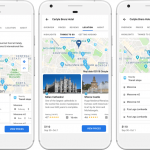 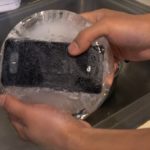 LG G6 was tested in a block of ice (video)