Pixel 5a Appears Alongside 4a 5G, As Google Winds Down On Pixel 2

Google will definitely be delivering on a Pixel 5a in 2021, following on a 5G variant of the Pixel 4a. The latter of those devices will undoubtedly launch this year, with the company shifting efforts away from the Pixel 2. That’s all according to a recent change in the Android source code spotted by 9to5Google.

In the documentation, a Google developer is outlining the Pixel line-up as it stands. A note near the bottom indicates where the bulk of efforts need to be placed moving forward. In particular, the developer notes that work should be done on lines 28 and up. There are also letter-indicators, presumably showcasing which version of Android the gadgets launched with.

Among those devices listed in the code, particularly those that will be worked on, are two devices that had been rumored. But neither had been 100-percent confirmed. The first is a Pixel 4a 5G. Secondary to that, the list shows a Pixel 5a. Both are listed alongside the Pixel 3 and 3a series from Google, as well as the Pixel 5 and 4a.

So does this mean that a Google Pixel 4a 5g and Pixel 5a are in the works?

The short answer to the question at hand is a resounding “yes.” Google does appear to be working on both gadgets. And both of the now-confirmed devices, as well as the Pixel 5 will land running Android 11 — designated as “(R).”

But, as noted above, both devices were effectively expected. In the case of the Google Pixel 4a 5G, a source code teardown all but confirmed as much already. The Pixel 5, given Google’s naming convention for the series and the popularity of the previous gadgets, was a given. So the biggest takeaway here seems to be that Google is already looking forward to the release of a new mid-ranger to follow-up on the 4a.

The timing of the addition, in conjunction with Google’s previous release timeline also seems to confirm the company will hold to that tradition. Namely, that Google will continue launching its new ‘a’ series gadgets toward mid-year. The more expensive standard Pixel devices, conversely, will continue launching toward the end of the year.

What else does this give away?

There may also be some additional hints about the Google Pixel 5a and Pixel 5 in the newly-spotted code. In particular, there might be something in what the list doesn’t say. The list deliberately indicates both a 4G and 5G Google Pixel 4a. But it says nothing about the handset’s successor. Or about 5G for the Pixel 5. So it seems likely that after the Pixel 4a, Google’s homegrown devices will all ship with 5G support. 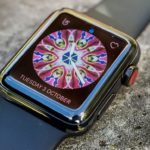 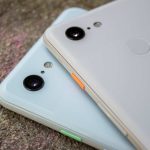