Instead of outright banning the app, President Trump is going to force ByteDance to divest its ownership of TikTok.

According to a report from Bloomberg, Trump is going to sign an order that would direct ByteDance to sell its ownership of TikTok, and CFIUS would be in charge of making sure that happens.

This would not be the first time something like this has happened. A similar process was done, forcing Chinese investors to divest its ownership of Grindr last year.

ByteDance didn’t create TikTok, which is why the term here is “divest” and not sell. ByteDance bought the predecessor to TikTok, musical.ly. The exact amount that ByteDance paid was not disclosed, but it’s believed to be between $800 million and a billion dollars.

The US has been investigating TikTok for some time

The US has been worried about TikTok for some time now, and it looks like the US has come to a conclusion. Which is ultimately better for TikTok.

Forcing ByteDance to sell off its ownership of the app means that TikTok can continue to operate in the US. And where the US is one of its biggest markets, that’s a big deal. And TikTok is so big, that banning it in the US wouldn’t be good.

Secretary of State Mike Pompeo told Fox News earlier this month that the administration was “certainly looking at” banning TikTok in the US. Stating that “we are taking this very seriously. We are certainly looking at it.” Pompeo also noted that “with respect to Chinese apps on peoples’ cellphones, the United States will get this one right too.”

Both the DNC and RNC have banned its staffers from having TikTok on their phones. The Biden Campaign did something similar recently too.

Microsoft could be the buyer

In the report from Bloomberg today, it mentioned that the order could be announced as early as Friday afternoon. And a report from Fox Business confirmed this report, also mentioning that Microsoft could be the one to buy TikTok.

While TikTok is bigger than YouTube was when Google bought it, this could be a repeat of YouTube for Google if it bought it. It’s definitely bigger than Google+ ever was (and ever would have been). It could be the right move for Google to get back into social media.

TikTok will likely go to the highest bidder, and both Microsoft and Google have deep pockets.

How “make” App Store: how to do, to circumvent the limits to become a developer 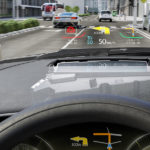