PS5 Could Miss Out On Some 120fps Versions Of Games

The PS5 does support 120fps games, though at the moment there aren’t any out there that also support the frame rate.

Once they start to arrive, it’s possible that the next-gen Sony console will miss out on some of those titles, too. According to Psyonix, the developer of Rocket League, the PS5 could end up with less 120fps games than the Xbox Series X.

Will that matter to most gamers? On a console, probably not as much as you’d think. Frame rates matter, but 60fps which is what most games will support on PS5, is more than enough for a lot of users. Anything over that is icing on the cake.

That might be a little bit different for those that play games competitively at a very high level. But for the majority, a lack of 120fps support for some titles probably won’t be a huge deal. But why would the PS5 have less titles that support this frame rate than the Xbox Series X? Psyonix says it’s a pretty simple thing.

It boils down to ports. The PS5 would need full ports of game titles to get 120fps support.

Take Rocket League from Psyonix for example. In its work to get the game ready for next-gen, Psyonix wasn’t able to make 120fps happen for PS5 because it would have had to be a fully native port.

With the Xbox Series X, all it required was a small patch to update the game. Meaning there was much less work to do for the Xbox Series X to have Rocket League running on that console at 120fps. Psyonix believes that this will be the case for many games on the PS5 going forward.

And it makes sense. If it’s more work than some developers are able or willing to take on, then they may choose not to enable 120fps on the PS5 at all.

This only pertains to PS4 games

The one thing to keep in mind is that this only pertains to PS4 games. While Sony has confirmed that 99% of PS4 games will work on the PS5, the way the PS5’s backwards compatibility works could stop the support for the game running at the higher frame rate.

Whether or not that ends up being the case is really up to Sony and the developers. So users will just have to wait and see what happens. At least for PS5 games, the higher frame rate can be baked in during development. 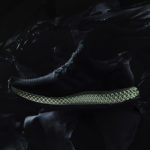 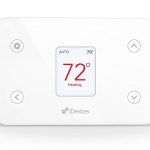 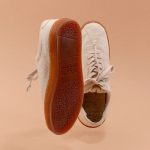 These 100% plant-based shoes can be composted