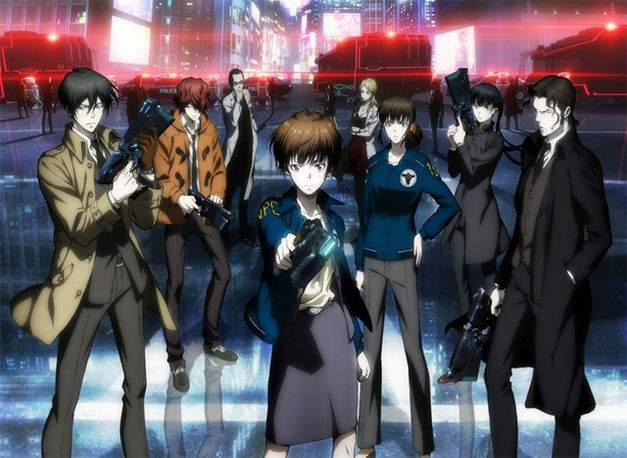 ‘Psycho Pass’: How a Third Season Could Improve the Series

Psycho-Pass is arguably one of the best anime of the 21st century. The psychological crime drama won fans over with its focus on societal issues, technological advancement, and, of course, its main leads. Unfortunately, its second season left both fans and critics disappointed.

The Return of Gen Urobuchi

Gen Urobuchi, the man responsible for Psycho-Pass season one and the movie sequel, unfortunately, wasn’t involved in season two. Urobuchi’s trademark world-building and exploration of societal issues were replaced with Tow Ubukata‘s own vision for the dystopian anime.

Based on his previous work, Ubukata seemed like the obvious choice. Not only did he create one of the best cyberpunk anime ever, Mardock Scramble, but he was also in charge of creating the latest anime adaptation of Ghost in the Shell.

However, by the time the second season of Psycho-Pass finished airing, it was apparent that Ubukata and Psycho-Pass were not a perfect match. The second season abandons the themes that Urobuchi built. Instead of expanding on the moral dilemma between ethical and lawful actions, we get something mentally unstimulating.

There’s no denying that there’s violence in Psycho-Pass. Just one push on the Dominator can send body parts flying left and right. But the violence in season two isn’t a consequence but a goal.

Nearly every confrontation involves blood, limbs and an uncountable number of victims. The destructiveness doesn’t contribute to or even expand the narrative not its theme of morality. Psycho-Pass‘ second season is violent for the sake of violence, and there’s nothing thought-provoking about that.

READ  Why A VPN Is Now More Important Than Ever

For the series to return to its former dystopian glory, Urobuchi should return to pen season three. But he shouldn’t stick to the same themes. Fans don’t want a rehash of season one. The sequel should go beyond cybernetic psychopaths controlling a country. Instead, asking the question: What happens when citizens find out the horrifying truth about their country?

At the center of Psycho-Pass is the Sybil System, a hive mind consisting of hundreds of people. It’s the task of the collective to scan and determine the crime coefficient of everyone in Japan. From assigning jobs to the eliminating undesirables, Sybil is the nation’s Big Brother. But, the system has a huge flaw. It’s unable to scan asymptomatic criminals, people who can stay calm in any situation.

One of those people is Shogo Makishima, who rejects the notion of the orderly society that Sybil wants to create. He believes people should not suppress their true selves. However, he doesn’t feel remorse for his actions, which include manipulating others into doing his bidding and killing innocent bystanders. His charisma, lack of guilt, and deceptively weak build make him a fan favorite.

The same can’t be said for season two’s antagonist, Kirito Kamui. Since his body is composed of the body parts of 184 different people, he is able to go undetected by the scanners and Dominators. A combination of hue-lowering drugs and psychotherapy made Kamui a formidable villain, at least for the first few episodes.

As the story progresses, we learn more about Kamui. The deeper we go, the less realistic he becomes. We’re just supposed to accept that his Frankensteinian body and access to a good drug dealer are the only reasons he’s unscannable. He lacks the subtle intricacies and originality that Makishima brought to the show previously — and he’s not as evil.

READ  Verizon Will Offer ‘Buy One, Get One Free’ Promo For Galaxy Note 9 Pre-Orders

If we do get a season three, we need a main antagonist that has the smarts to exploit the Sybil System without using cheap tricks. The perfect villain would be intelligent and able to manipulate others. This individual should be able to destroy Akane Tsunemori’s sense of justice, forcing her to become an Enforcer.

Psycho-Pass’ second season introduced a plethora of characters without giving them backstories or motivations for their actions. They simply existed to fill a hole or to support the main character. Some they wanted us to instantly hate, like Mika Shimotsuki, and others were meant to hint at something sinister like Sakuya Togane.

A new season would give the anime a chance to properly introduce main and supporting characters and give their actions clear meaning. Finally, these characters would not only have (un)likeable traits but a backstory worth investing in. One that tells us how their past dictates their future actions.

A third season could also shake things up a bit by focusing more on its LGBT couple, Shion Karanomori and Yayoi Kunizuka. The series has only touched upon them briefly, but the depiction of their relationship is far from stereotypical. For instance, when Akane walks in on the couple, she doesn’t turn red from embarrassment or childishly overreact as seen in other anime.

Psycho-Pass, rightfully, treats their relationship just as it would any other couple’s. It isn’t used as a gimmick or few laughs. It’s their unique abilities as an Analyst and an Enforce that take center stage, not their sexual orientation. By honing in on these characters more in a sequel, Psycho-Pass could push the boundaries when it comes to the depiction of LGBT characters and relationships in anime.

More Action and Even More Suspense

For a police drama series, season two didn’t have much action. However, what it lacks in fighting it makes up for in suspense, well partly. On paper, the series had a great overall premise, but, on screen, it fell short. Yet, one of its subplots delivered the suspense that fans crave from Psycho-Pass.

From the start, Sakuya Togane is a shady character, but his role in the main story falls flat. The Togane family subplot didn’t add much to the main story. It seemed to be a separate plot. Instead of supporting the main plot, it worked against it, as many fans felt Togane’s twisted past (and present) should have been the central plot in the second season.

This subplot expanded on the first season’s themes of ethical vs. lawful acts, which fit in with what fans had come to expect from the series. Misako Togane experiments on her son in hopes of creating an asymptomatic criminal. But her experiment fails, producing the opposite result. Sakuya Togane now has the highest crime coefficient on record. (Talk about having the odds stacked against you.)

Although he is unable to lower his hue, he can turn Inspectors into latent criminals. Eventually, he becomes Akane’s Enforcer and tries to cloud her Psycho-Pass, as well. That’s a far more interesting story than a guy who goes undetected by cheating the system.

Bringing the Past Into the Future

For season three, Production I.G should combine the action from season one with the suspense from season two. One way they could do this is to have season one’s lead, Shinya Kogami, return to join the force. Akane lacks the physical combat abilities of Kogami. His presence could result in an Akane who is more trigger happy and impulsive when fending off attackers. Shinya and Akane’s dynamic paired with a complex villain would be enough to take the anime to new heights. 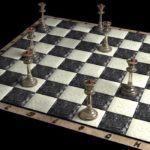 Chess puzzles is worth a million dollars 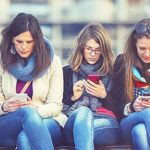 Hebocon. Competition of the worst robots in the world